Amman Municipality: All main roads within the municipality’s jurisdiction are open, and 10% of secondary roads remain closed 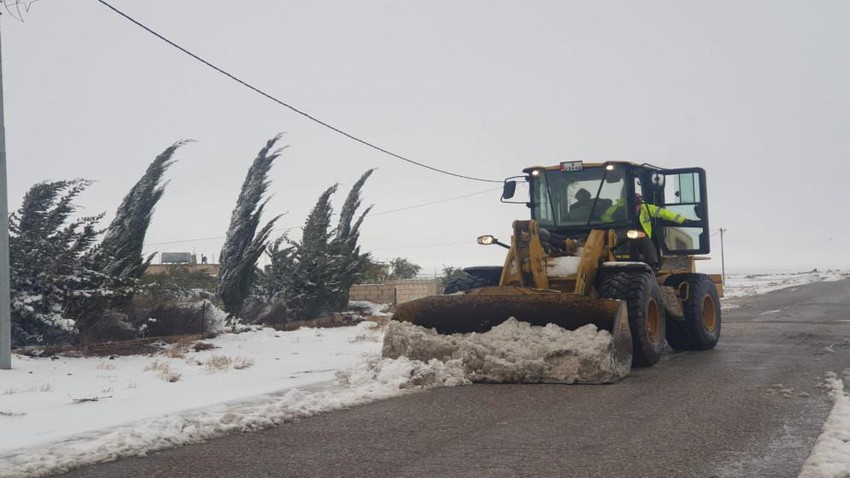 Weather of Arabia - The spokesman for the Greater Amman Municipality, Nasser Al-Rahamneh, said, on Friday, that all the main roads within the borders of the Greater Amman Municipality are "open, and only 10% of the secondary roads remain closed" due to the lining of vehicles on their sides and the slope of some of them in a way that causes danger to working cadres and citizens.

Al-Rahamneh added, "Al-Sahib Bin Abbad Street, which is a sub-street in the Al-Dabaybeh neighborhood in Ras Al-Ain, was closed as a result of the fall of stone chains," as the Public Safety Committee revealed the site, and the process of addressing the causes began.

Al-Rahamneh indicated that "regarding the expected freezing in the late night hours, the Municipality has identified sloping and dangerous places within its borders, and the freezing will be dealt with," and some of them will be closed to eliminate any risks that may occur to citizens.

He explained that the complaints received by the secretariat's phones are referred to the departments and specialized managers according to the type of each complaint, pointing out that electricity generators are available in the regions and branches of the secretariat to face any electrical outage.