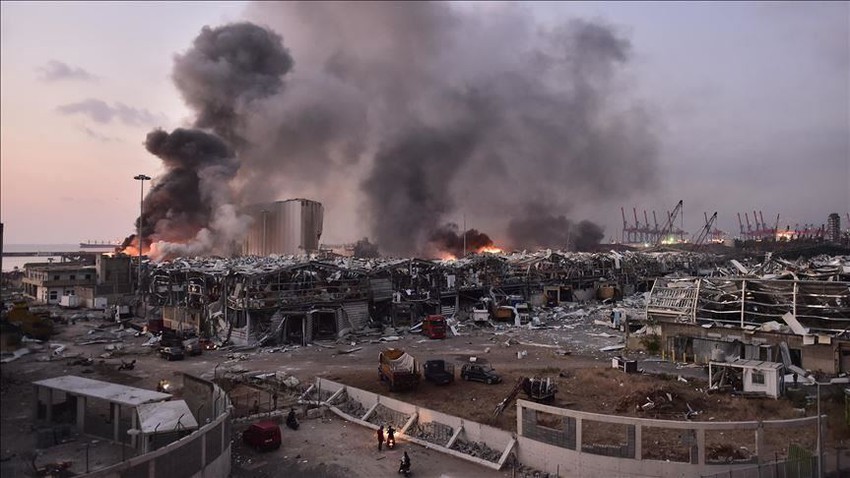 Ammonium nitrate .. What is the Beirut explosion the first incident in the world because of it?

Weather of Arabia - Ammonium nitrate, the cause of the massive explosion that occurred in the Lebanese capital Beirut on Tuesday 4 August 2020, was stored in a warehouse in the port of Beirut.

Where Lebanese Prime Minister Hassan Diab stated that 2750 tons of ammonium nitrate, which is usually used as agricultural fertilizer, was stored for a period of six years in a port warehouse without safety measures.

What are Ammonium nitrate and what are its uses?

Ammonium nitrate is a chemical with the molecular formula " NH4NO3 ", a white crystalline solid and odorless, highly soluble in water. Mostly used in agriculture as high nitrogen fertilizer.

Ammonium nitrate has several uses other than making fertilizers:

A technical note from the French Ministry of Agriculture clarified that an explosion can only be made by contacting an incompatible substance or a high temperature source. Hence, storage should be subject to rules in order to isolate ammonium nitrate from flammable liquids (fuel, oils, etc.), corrosive liquids, flammable solids or even high-temperature materials, according to France 24.

The world witnessed major disasters due to the misuse of ammonium nitrate, but we have chosen for you the most prominent of these incidents

After Sudan, the rain floods Algeria and sweeps away vehicles