An additional disaster for the residents of Texas, USA, due to the winter storm 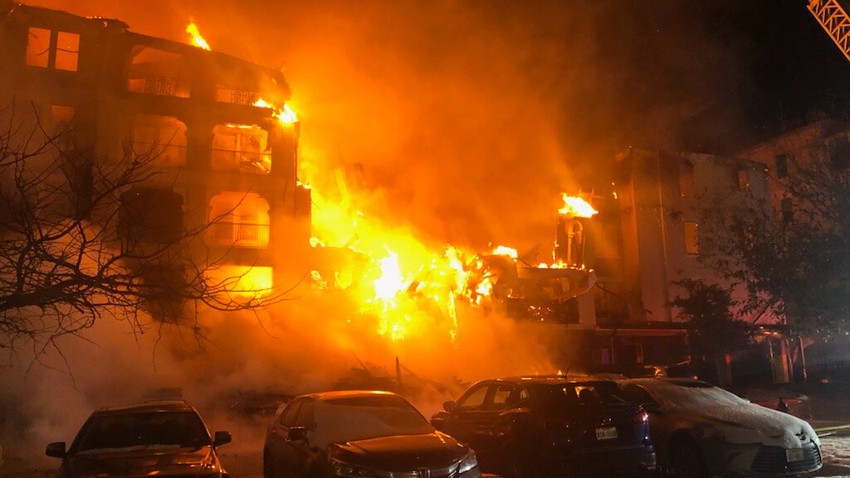 Arab Weather - More disasters hit the US state of Texas due to the strong winter storm that affects the region, after the firefighters went to the site of a fire in a 32-unit housing complex near San Antonio on Thursday / Friday night, they found the fire hydrants in front of the building He turned it without water because of the extremely cold weather that froze the water and disrupted the energy and water supplies for millions of Texas residents.

Read more | What is the reason for the energy crisis that Texas is going through, one of the richest cities in energy resources?

Then the firefighters were forced to rely on a nearby stream to carry water from it, but it provided water for only a few minutes at a time, and despite the great efforts made by 125 firefighters from 16 departments to extinguish the fire that threatened two neighboring residential buildings, the fire caused 130 people lost their homes , after the residents stood helpless in the cold, looking at it burning.

This water shortage was caused by power cuts, along with freezing temperatures, which led to the inability of the water supply system to pump water into the storage tank that feeds the residential complex.

The tank is designed to keep enough water in cases of regular power outages for a day or two, but the unusually long power outages that occurred this week emptied the tank, in addition to freezing the remaining water in the fire extinguishing system and spraying water in the apartments, due to the lack of sufficient thermal insulation For tubes.

The cause of the fire is still unknown, but the fire spread quickly, and perhaps the cause of the fire was the water heater that was running without water. The apartment management company sent a text message asking the residents to turn off the electrical circuit breakers in their water heaters after a resident noticed the smell of ignition one afternoon. Thursday.

Hurricane Ida deals a strong blow to the American oil sector, and 95% of production capacity in the Gulf of Mexico has stopped