An air depression caused the European continent to be affected by a historical heat wave... How is that? 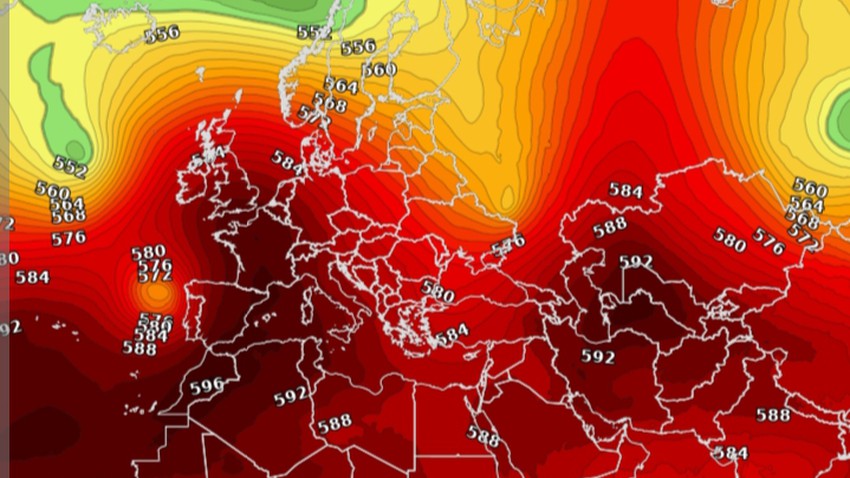 Arab weather - the air systems in the northern hemisphere are interconnected and connected to each other, and any weather event that occurs in one region is the product of another weather event in another region, because the air systems in the atmosphere are connected in their movement and each action has an opposite reaction, but what is the reason European continent affected by a severe heat wave?

As we have seen through global and local platforms, of which the Arab weather was an effective and main part by issuing forecasts and updates, the European continent, in particular, the southwestern and western parts of it have been affected for several days until today, Wednesday, by a severe heat wave that recorded record temperatures, and the reason is scientifically behind the impact of the continent This historical heat wave led to the presence of a cut off air depression associated with a cold air mass over the waters of the Atlantic Ocean, moving east towards the Maghreb. below. 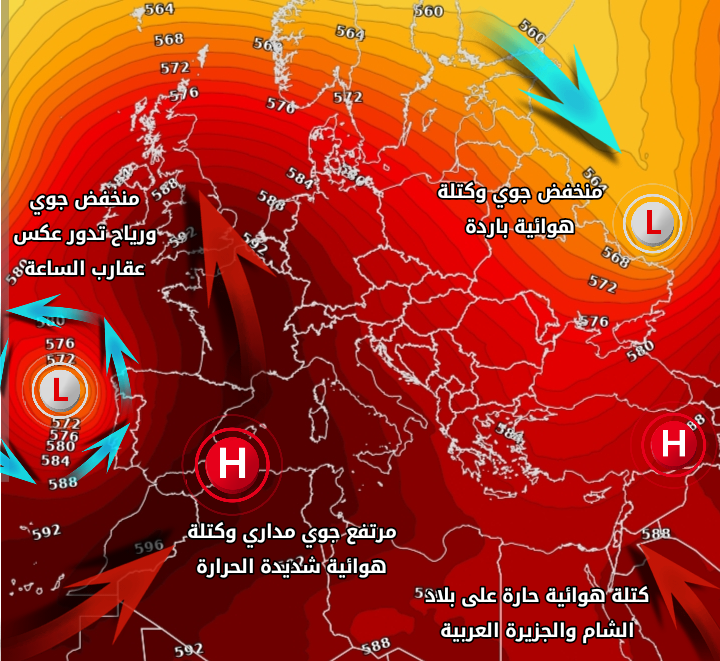 Why did Europe's rise not reflect on us in cold weather, as it is known?

Many people who are interested in the weather may ask, why did the height of the European continent not reflect on us, as the countries of the Levant, with cold weather and rain, as is customary, but some things must be clarified and explained in a more extensive manner.

As for the current weather conditions represented in the summer, there are no cold air masses in the center of the European continent or in the west of it until it reaches us, and therefore this is reflected in our regions according to the weather systems over Turkey (Northeastern Europe), which is an extension of an air depression, in addition to the presence of an air depression In the Arabian Sea, their impact is reflected by the rush of hot air towards our areas. 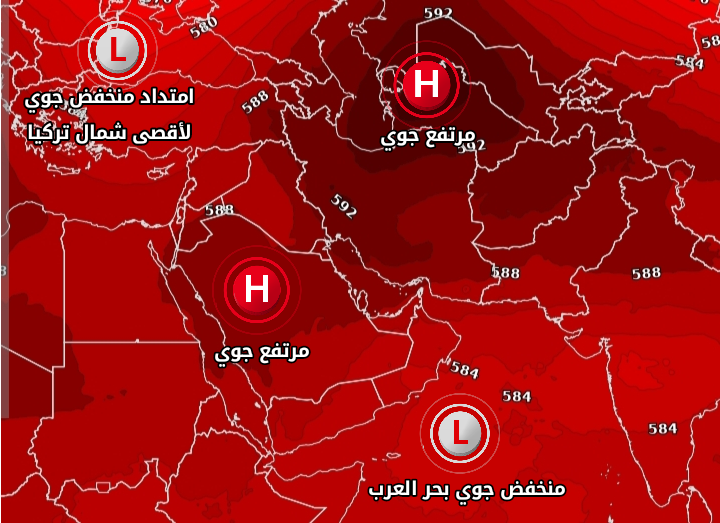 All of these systems move by God's command and permission, and the greatest knowledge of God Almighty remains