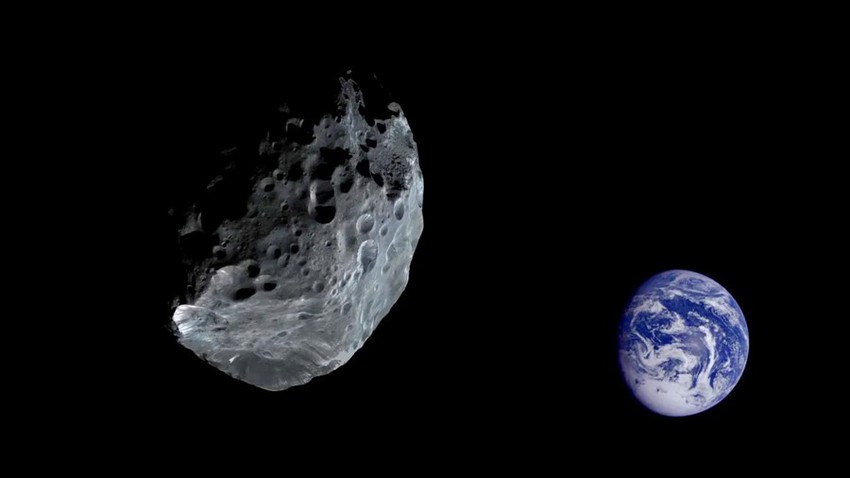 And while NASA has shifted its focus from monitoring its rover that landed on Mars this week, turning its focus on observing the sky for potential threats to life on Earth - the asteroids, where five such space rocks are set to approach our planet Earth.

However, it is just a warm-up process for what NASA describes as a dangerous asteroid close to the size of a soccer field, the asteroid called 2020 XU6 , which has a diameter of about 213 meters, which is twice the height of London's Big Ben clock, and two and a half times the height of the Statue of Liberty.

The asteroid 2020 XU6 is traveling at 8.4 km / s, and given that the Earth's circumference is 40,075 km, it will take a little more than an hour for the asteroid to complete a full orbit around the planet, but fortunately, it is expected that we will be separated from the asteroid about 4 million km when it passes near From Earth this day February 22nd.

An asteroid is a small planet that has existed since the birth of the solar system, but it has not fully developed into a planet , and there are millions of asteroids orbiting the sun, although most of them are located in the main asteroid belt, which is the area between the orbits of Mars and Jupiter, and asteroids differ in size and shape because they are They form in different locations at different distances from the sun . They are also made up of different types of rocks, but some contain clay or minerals, such as nickel and iron, which pose a threat to planets.