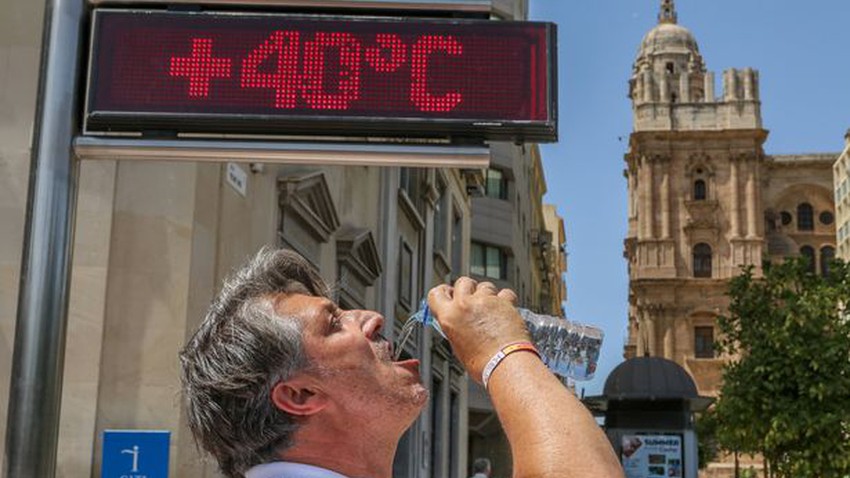 Arab weather - We are still in May (one of the spring months), but early heat waves hit many parts of the world.

In Spain, this may be one of the most severe heat waves to hit the country in May in the past 20 years, as temperatures in parts of southern Spain exceed 42 degrees Celsius on Saturday, with dusty conditions, increasing the risks of forest fires and weather conditions that are usually seen In the height of summer rather than in the middle of May.

The heat wave came as a mass of dry and hot air flowed from Africa towards Europe, which carried dust from the Sahara and raised daily temperatures "exceptionally" to 10-15 degrees Celsius above the seasonal average.

The Spanish government called on the population to drink a lot of refreshments during the heat wave, wear light clothes, and pay attention in dusty weather to low horizontal visibility and low air quality, adding that children, pregnant women, the elderly and people with chronic diseases should be closely monitored.

It is noteworthy that Spain recorded the highest temperature ever last August, with 47.4 degrees Celsius in the Andalusian city of Montoro.

Desert dust clouds are also set to blow over the UK, which on Tuesday had the hottest day of the year yet when temperatures in the southeast peaked at 27.5 degrees Celsius. 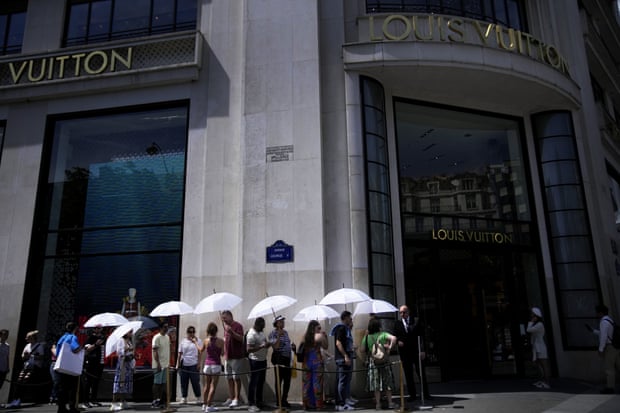 Temperatures in the southern French cities of Albi, Toulouse and Montélimar broke previous records for the month of May, hitting 33.7°C, 33.4°C and 33.8°C respectively on Wednesday, while as far as The Hague in northwestern Normandy reached 27°C, breaking that record. The record for the month of May dates back to 1922.

On the other hand, water use has been restricted in 16 provinces in France, with 22 provinces - mainly in the southeast and southwest - believed to be likely to suffer severe drought by the end of summer. Authorities said alarming levels of ozone were recorded in the Rhone Valley this week (near-ground ozone is an air pollutant harmful to health).

These bouts of extreme heat are likely to become longer and more intense, and start early in the year, and the chances of heat waves in the recent period have increased by 100 times due to human-caused climate change, until we are seeing record temperatures in some areas as happened In parts of India and Pakistan earlier this week, temperatures soared to 51 degrees Celsius.

According to the forecast staff in Arab weather, the heat wave affected southwestern Europe and extended to its center to include large parts of France, Germany, Belgium, the Netherlands and Switzerland, and temperatures in those areas rose so that they exceeded their normal rates by more than 10 degrees Celsius in some areas.

According to the seasonal bulletin issued by the Regional Center for Arab Weather, it is expected that a hotter than usual climate will prevail in the European continent during the summer, with recurring heat waves at different periods, especially in the south and southwest of the European continent.