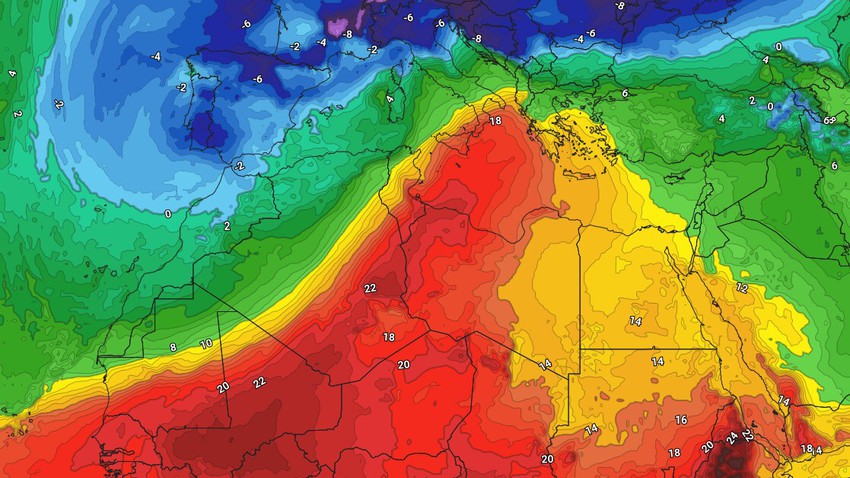 Weather of Arabia - Since December of last year, polar air masses have been pushing repeatedly towards the western Mediterranean, matched by an extension of the Siberian airspace over Iraq, the Levant and the Arabian Peninsula, and this air system has continued.

And the fact that this storm is wide in size, and its center is located opposite the Strait of Gibraltar, it will push hot and strong southern winds from western Sahara to the north towards northern Algeria and Tunisia on Friday and Saturday accompanied by strong dust waves and high temperatures towards eastern Algeria and all regions of Tunisia.

The warm mass moves east towards Libya and then Egypt on Sunday and Monday, and the temperatures rise significantly, significantly and unusual for such a time of the year, where the weather is closer to summer, with the winter weather, and the southwesterly winds blowing briskly over western Libya, where sandstorms form and include the capital Tripoli.

The huge warm air mass continues to move eastward in the middle of next week, reaching the Levant, where temperatures rise dramatically, and the weather becomes unusually warm in conjunction with the turning of the winds to the southwest direction for the first time since December of last year.