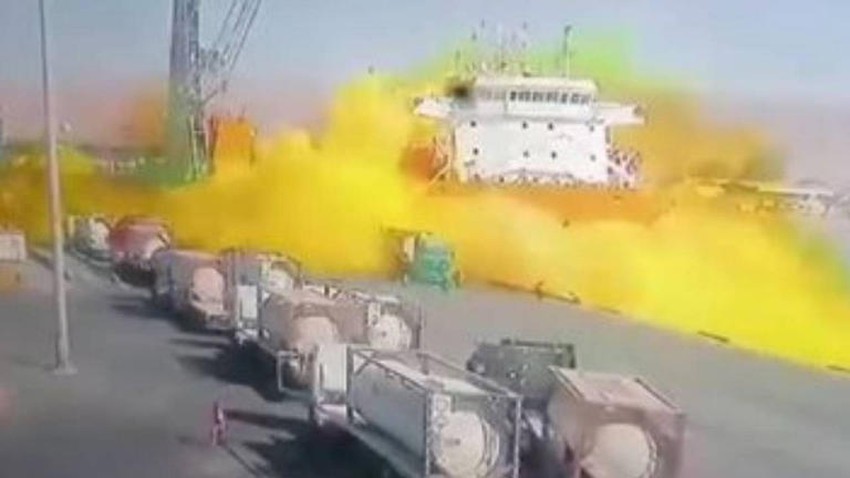 Arab Weather - Jordanian Interior Minister Mazen Al-Faraya announced, on Sunday, the results of the investigation into the Aqaba port accident. Al-Faraya said, in press statements, that the main reason for the Aqaba port incident was the inappropriateness of the capacity of the metal wire used to weigh the load; What led to the occurrence of elongation, and then interruption.

He pointed out that there are directives to restructure the port management and operation company and to rebuild the capacities of public safety workers, stressing that the investigation file into the Aqaba accident, with all its papers, has been referred to the head of the Public Prosecution to take the necessary legal action.

The leakage of toxic chlorine gas from a tank that fell from the crane of one of the ships in the port of Aqaba last Monday; 13 people were killed, including 8 Jordanians and 5 Vietnamese, and more than 260 were injured.

For his part, Al-Khasawneh said, while presiding over a cabinet session, that "the investigation proved the existence of a major deficiency and failure in safety procedures and dealing with hazardous materials in the port of Aqaba, which cannot be tolerated."