Aqaba .. one of the most important coastal cities in the Middle East and the largest city in the Gulf of Aqaba in the Red Sea 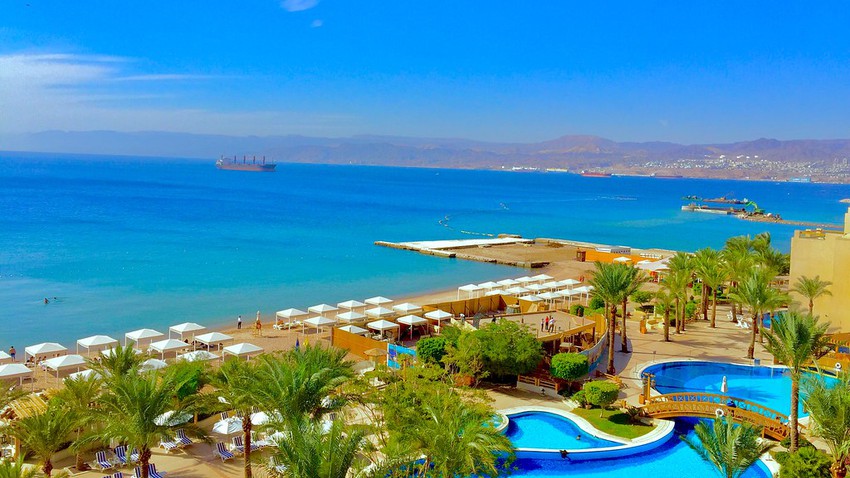 Weather of Arabia - Aqaba is one of the most important tourist cities in the Middle East, overlooking the Red Sea and containing many charming places, and Aqaba is a Jordanian coastal city located in the far south of the Kingdom at the head of the Gulf of Aqaba, which was named after it, and the city of Aqaba is famous for being a destination for tourists from all over the world. .

Aqaba is characterized by its views of the dark blue waters of the Red Sea, rich in picturesque coral reefs, and the diversity of marine life in it.

We review below the most important tourist places in Aqaba:

Aqaba Castle or Mamluk Castle is one of the most important tourist places in Aqaba, which is located on the shore of the Gulf of Aqaba. The castle was founded in the fourteenth century during the Mamluk era, on the ruins of a former Crusader castle. Aqaba Castle was used as a stop for pilgrims heading to Mecca, and the castle had a prominent role during the First World War (1917 AD), from which the Great Arab Revolt was sparked. It also gained a special place after the film Lawrence of Arabia was filmed there, which increased its tourist importance.