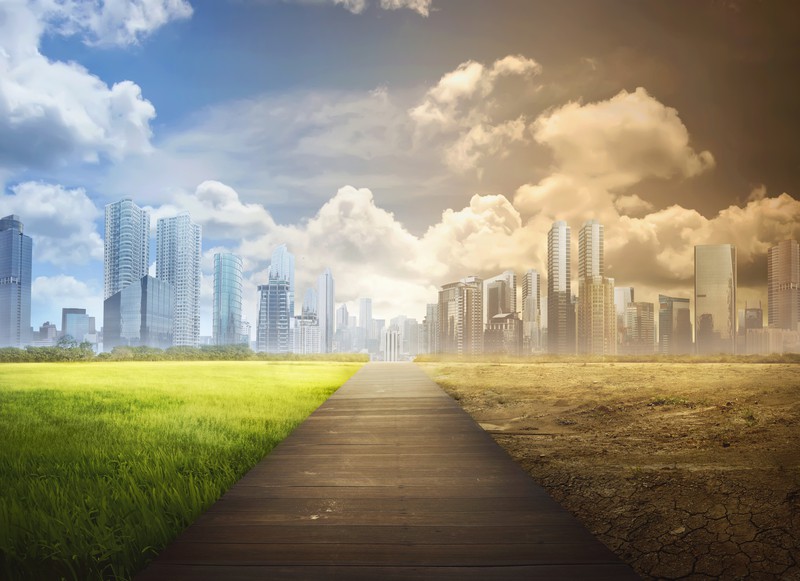 Arab weather - m. Muhammad Al-Ahmadi - The Arab peoples were and still are the most balanced among the peoples of the earth with regard to the fundamental changes that affect existence on this planet, including the issue of climate change.

When the crisis of sudden changes to the planet's climate appeared in the last century, and the emergence of signs suggesting severe damage to the planet's existence, we now notice a significant regression for many countries in abiding by their pledges to reduce greenhouse gas emissions, on our planet.

After the crisis of the recent Russian-Ukrainian war and its impact on energy markets, and many countries resorting to coal energy due to its abundance and low cost, their concern was with the material, while the Arabs quickly turned to alternative, renewable and nuclear energies, so we find Jordan and its peaceful nuclear project, which has great benefits for the state from In many ways, it secures clean energy for the Jordanian people and preserves the planet.

We also find the Kingdom of Saudi Arabia and its giant projects in clean and renewable energy, such as the Neon project and others, and the extensive afforestation process within the Kingdom’s vision. And other Arab countries are oil producers and exporters, but they are interested in preserving the planet, and all this is at the expense of their oil economy.

The United Arab Emirates and the huge investments made by energy companies in the field of clean energy are evidence of the Arab interest in preserving the planet, and many Arab countries adopt the same approach.

On the other hand, Arab scientific research related to climate has had a more positive role in understanding climate change, demonstrating problems and developing technical solutions, or through awareness initiatives, and this is evident in the various initiatives on clarifying the dangers of climate change, and this is what was observed in the activists’ meetings in The climate field within the policies of the United Nations Climate Center in the Middle East and North Africa.

The Arab Republic of Egypt will host in Sharm El-Sheikh the International Conference on Climate Change this year 2022 AD, which is attended by dozens of world leaders, and we hope that this session will have outputs that are applied on the ground, and benefit the inhabitants of the planet, especially the developing countries, which are the most affected by the climate and its changes.