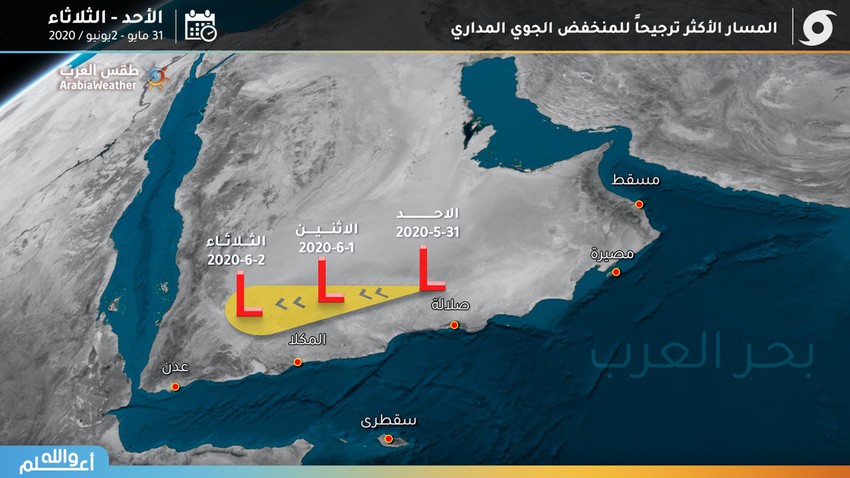 Weather of Arabia - The center of the tropical depression departed from the waters of the Arabian Sea and entered the Omani lands, where it was concentrated to the northeast of the city of Salalah, hours of Saturday morning, and the winds shifted to the south-western on the coasts of Dhofar Governorate, bringing with it more cumulus clouds rain in abundance from the Arabian Sea towards the south West of the Sultanate.

Heavy rains in the Dhofar Governorate are expected to continue on Saturday and Sunday, causing more floods and torrential rains in the city of Salalah and surrounding areas, especially as the air system is slow moving and it affects those areas.

As of Saturday evening, the depression begins to move west into the Omani lands towards Yemeni lands, and as it moves towards Yemen, it is expected to cause large amounts of rain in the Dhofar Governorate, western Sultanate, and even eastern Yemen on Sunday and Monday, causing more floods and floods .

According to the latest weather updates, the tropical depression will weaken and its severity will decrease over Yemen on Tuesday, but the tropical humidity accompanying it will cause a strong case of air instability in the highlands of Yemen and southwestern Saudi Arabia at the end of the week.