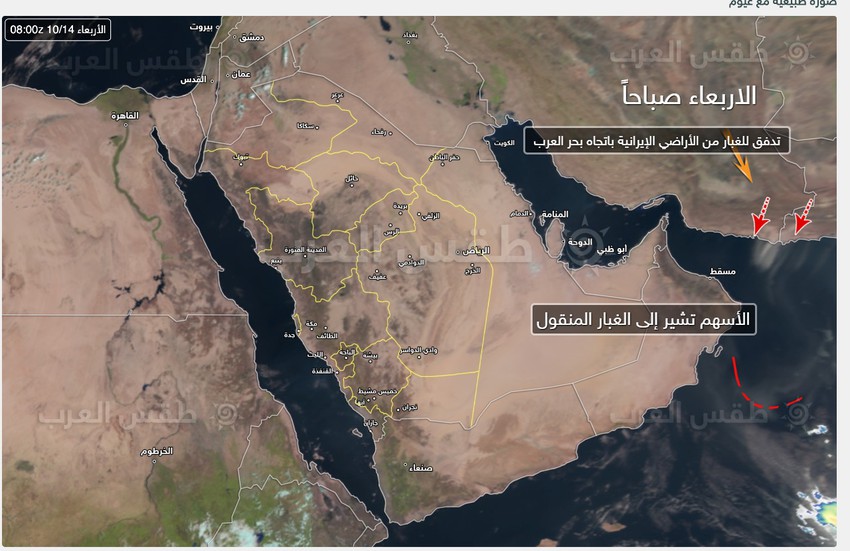 Arab Weather - The latest satellite images of Arab weather show the flow of quantities of dust and dirt from the Iranian lands towards the Arabian Sea as a result of the activity of the eastern winds that excite dust and dust, and in the coming hours, they may affect some of the Omani and UAE coasts overlooking the Gulf of Oman.

Causes of the current dust wave

More details about the expected weather in the Arabian Gulf until the end of October, you can find when subscribing to the seasonal bulletin on the Arab Weather application

Jeddah | Weather stability on Monday and reduced chances of rain

Saudi Arabia | Relatively cold weather in most areas, with continued chances of rain

Al Sharqiya: Thunderstorms for the coming hours and renewed weather conditions with the second half of the week

Videos | Watch how the Saudis documented the rainy situation