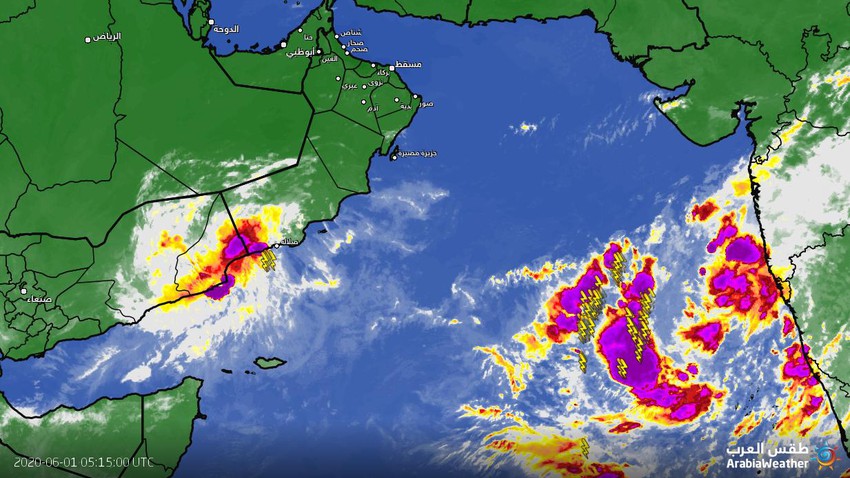 Arab Weather - The tropical depression was concentrated on Monday morning in eastern Yemen, away from the lands of the Sultanate of Oman, but more rain clouds from the Arabian Sea are still being pushed towards the Omani Dhofar Governorate and eastern Yemen governorates where heavy rains fall.

Monsoons or monsoons from the Arabian Sea usually blow east towards India, but with an air depression over southern Arabia, trade winds have blown north towards the Sultanate of Oman and Yemen and will continue to blow during the next two days, bringing more rain with them before the low air fades. At the end of the week, air activity will decrease and monsoons will return eastward towards India.

So far, most numerical models indicate the movement of this depression northward parallel to the west Indian coast during the coming days before entering land in northern India, and the development of the tropical depression does not rule out a first-class typhoon at the end of the week.

It is noteworthy that the tropical depression is unlikely to move west towards the Sultanate of Oman, and the weather of the Arabs will keep you up to date with the latest developments of this depression.