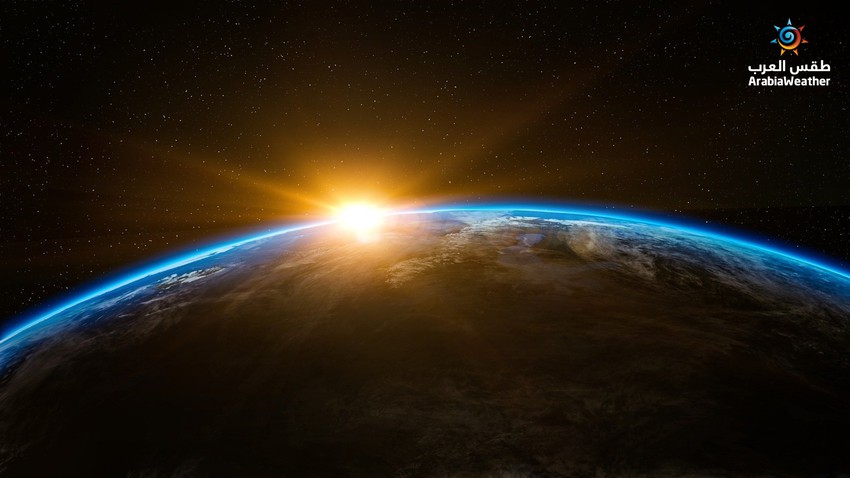 Weather of Arabia - Many regions of the European continent, up to the Arctic, have been subjected to heat waves during the past days, accompanied by record temperatures in some parts, while they were met by moderate weather in the Levant and many regions as well, and attention is currently turning towards the Arabian Peninsula, especially the Sultanate of Oman, where it is expected To touch some parts of them, including the barrier of 50 degrees Celsius.

After Russia lived through an unusually cold winter, Russia was affected by a heat wave that was described as standard, with temperatures reaching 30 degrees Celsius on the border with the Arctic Circle, and some inland regions recorded temperatures between 32-35 Celsius, meaning it is More than 20 ° C higher than general averages .

In the same context, the Russian capital, Moscow, was not immune to the impact of the heat wave, as the meteorological station recorded 30.8 degrees Celsius and is believed to be the highest on record for many years. It is interesting that the temperatures recorded in Russia are much warmer than the coasts of the Mediterranean Sea. 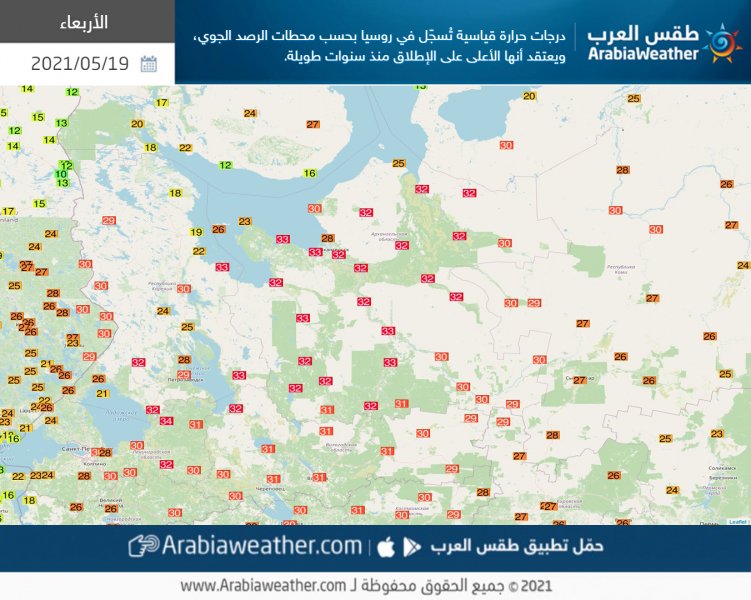 Arabia is under the influence of a heat wave

The Arabian Peninsula lives under the weight of the semi-constant tropical air height that almost steadily dominates the countries of the Arabian Peninsula, and extremely hot weather prevailed over all the countries of the Arabian Gulf, as it approached the barrier of 50 degrees on the interior regions of Kuwait, the Emirates, Iraq, the west of the Sultanate of Oman and eastern Saudi Arabia.

It is expected that the air height will be concentrated during the current week on large parts of the Arabian Peninsula, which means that high temperatures will continue in areas of Iraq, Kuwait, the Emirates and eastern Saudi Arabia, as it is expected that temperatures will be recorded at the end of the forties in those areas while they are in the middle of forty Celsius in the rest of the regions. And the great temperature rise leads to the drought of various regions, especially as it is associated with the blowing of the bouarah winds, which work to form dust and dirt. 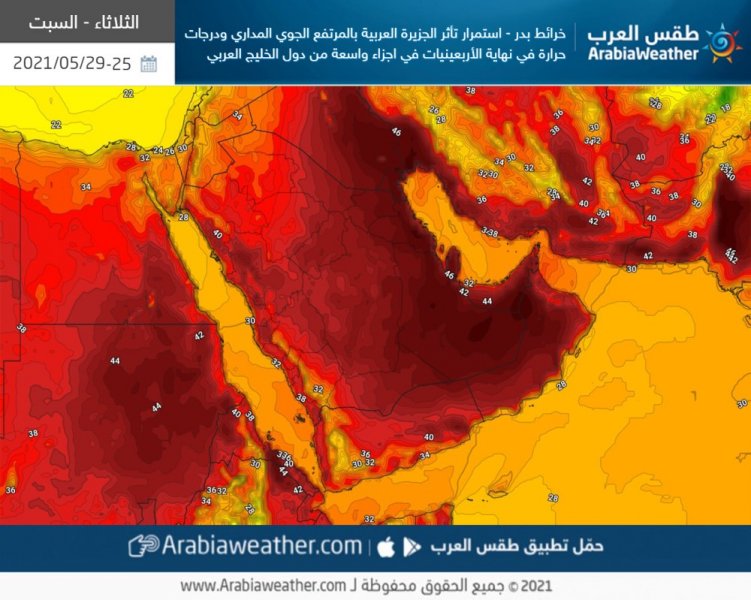 Iran and Pakistan are the next hotspot destinations

The Republic of Iran and Pakistan are increasingly affected by the heat wave this week, as it is expected that temperatures will be recorded in the range of 46-48 degrees Celsius in large parts, especially the southern parts of Iran, the effect of the heat wave is expected to extend to affect northwest India, with temperatures reaching 50 degrees Celsius. The next few days.

Europe will not be immune to the impact of heat waves

After Russia broke records, the Caucasus countries were not spared from the range of hot weather, as the Republic of Dagestan scored 39.7 degrees Celsius, Yerevan, the capital of Armenia, reached 36 degrees Celsius, and the southern parts of Turkey recorded a barrier of 40 degrees Celsius.

On the contrary, the United Kingdom lives in an atmosphere close to winter, as the air masses continue to push very cold towards these areas, so that the temperatures record very low values below zero degrees Celsius, these weather conditions are expected to turn upside down next week as a result of the rush of hot currents From the African continent towards large areas of central, western and southern European continent, including the British Isles and Scandinavia. 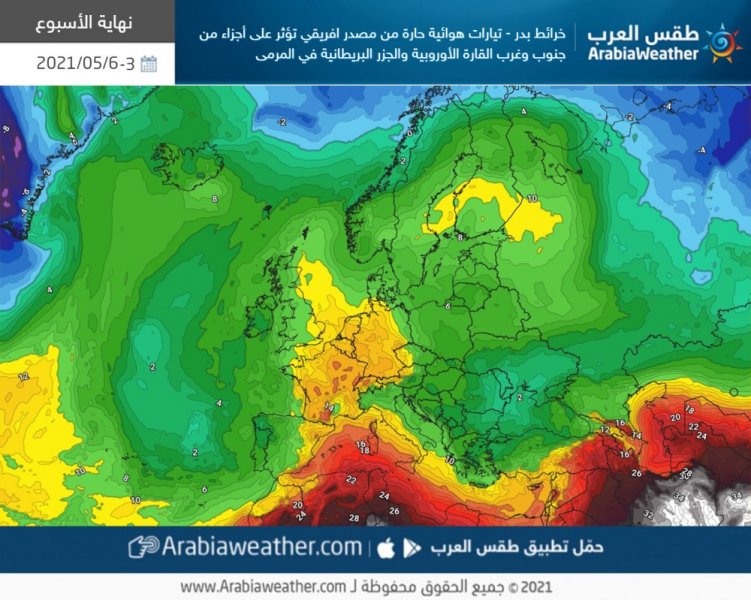 The term global warming is frequently used in recent times and linked to heat waves and forest fires, and Arab Weather explains that what is happening now in large parts of the world follows the so-called climate cycle, as the last decade has witnessed an increase in temperatures over important areas in the Arctic and suburbs of Greenland They are areas that are classified as the main source of weather around the world.