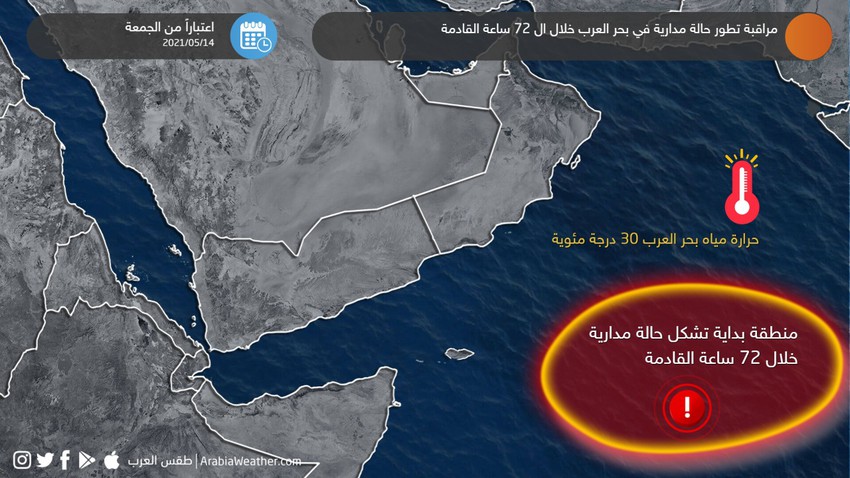 According to the latest projections, the effects or consequences of the tropical condition may directly affect parts of the coasts of the Sultanate of Oman and Yemen, and it is among the many possibilities for the course of the Tuktai orbital state. The complex variables surrounding the tropical state (atmospheric pressures, winds, temperatures, etc.), in addition to the small number of daily observations in the Arabian Sea contribute to the low accuracy of such forecasts. 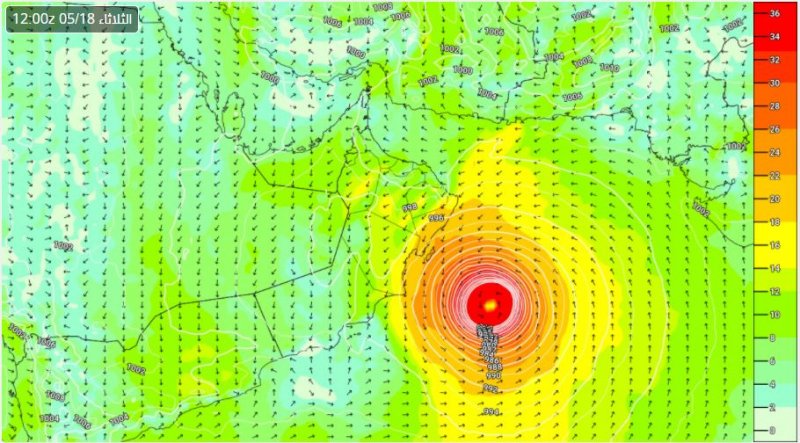 (One of the possible routes from one of the updates of the numerical models, and it does not necessarily represent Arab weather forecasts)

The maps of the upper wet masses indicate a deepening of a wet wave in the western Indian Ocean with mid-May, while the waters of the Arabian Sea are witnessing a great heating of its surface waters, which reach a surface temperature of 30 degrees Celsius, and it is known that these tropical conditions feed directly on the high temperatures, which contribute significantly to Significant in its increase in strength and perhaps its development into a tornado later, it also derives its strength from the presence of the subtropical high altitude above it, which maintains its moisture.

The specialists at the Arab Weather Regional Center continue to analyze and follow the latest developments in the weather around the clock, calling for the follow-up of weather forecasts and reports issued by them on the development of the tropical situation.

Also read: Conditions for tropical states in the Indian Ocean and Arabian Sea.