Arab weather reveals the reason for the frequency of heat waves in large parts of the European continent and the Arab Maghreb .. Does global warming have a role in it? 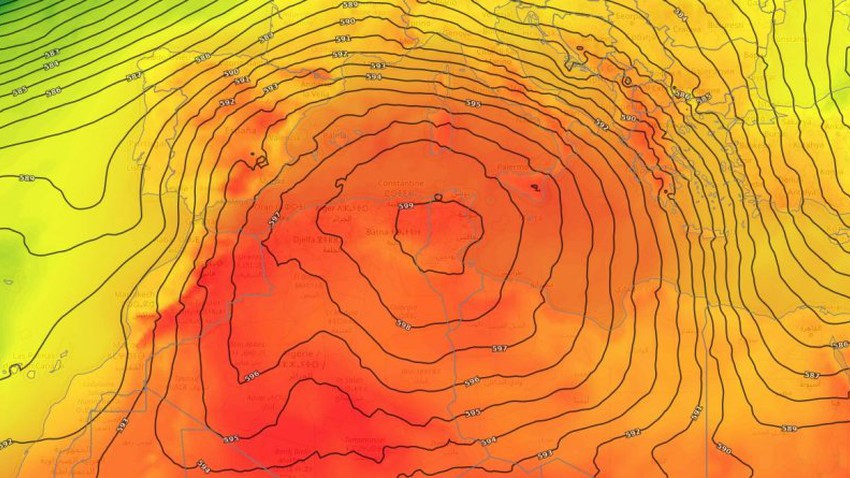 Arab weather - large parts of the southern European continent, in addition to the Maghreb, are still actually affected by a heat wave, characterized by the long period of its impact and drought, bringing with it a very hot and unusual atmosphere for the southern regions of the European continent, which is known for its mild weather in summer, and is considered a destination for tourists in such The time of the year, and the Arab Weather reviews with you in a detailed report the main reasons for the succession of heat waves in regions and not others, and here are the details:

Many inquiries were received by Arab weather, about the reason for the succession of heat waves in southern Europe and the Arab Maghreb, and about the reality of global warming and its impact on the weather of the northern hemisphere, especially with the record temperatures recorded, most notably what was recorded on the Italian island of Sicily as the highest temperature in the history of Climate records for the European continent, and Arab weather answers that there are complex weather factors that shape weather phenomena in the world and Europe in particular.

In the details, perhaps the direct and most prominent reason for the exposure of the regions of the southern European continent and the Maghreb to the heat wave lies in the stability of the distribution of air systems, which in turn led to the presence of air depressions in the high layers of the atmosphere constantly over parts of the north and west of the European continent and the Black Sea, while the presence of high Strong and stubborn air over the western and central basin of the Mediterranean, these weather elements worked to form a hot air current from the African continent rushing to southern Europe, not only that, but the air depressions located in the northwest of the European continent worked to confine the hot air mass for a longer period of time as it intensified after God willing. 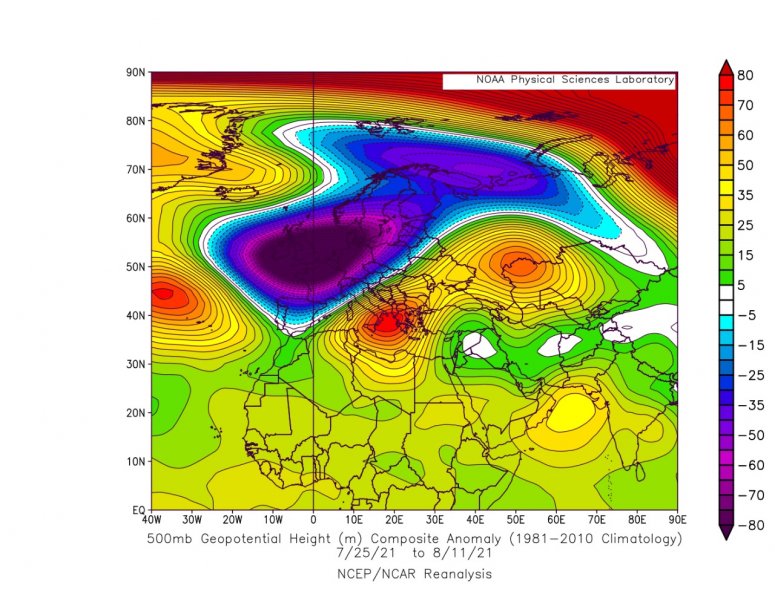 For several continuous days, the hot air masses continued to rush over the same areas but not others, which led to a significant rise in temperatures in those areas, perhaps the most prominent of which arrived in the capital Tunis by 49 degrees Celsius, as the temperature is higher than 80 years, while In large areas of southern Europe, temperatures ranged from the early to mid forties.

What is the reality of global warming?

The term global warming has been circulated a lot in recent times and linked heat waves and forest fires to them, and the Arab Weather explains: that it is unambiguous that greenhouse gases have a direct role in raising global temperatures, as one of several factors that affect the Earth’s climate, perhaps the most prominent of these factors The natural climatic cycles that the planet is going through, and urban sprawl, along with other factors of which greenhouse gases are a part, but the most prominent reason remains the distribution of air masses and the temperature of ocean waters in the northern hemisphere is the main and most obvious factor.

Read also: What are the causes of global warming and climate change.. and what are the possible consequences

We will not go into the man-made causes directly of the occurrence of fires, but we will delve into the natural causes that cause them, and the weather plays the main role in them, and perhaps the most prominent of them are: high temperatures and dry air, and the activity of dry wind speed, which in turn works to move the trees and rub them together, which causes a fiery spark The beginning of the occurrence of the fire, as well as the clouds with a high base, a prominent role in the fires, especially those that occurred in Algeria and Tunisia through the activity of lightning strikes that hit the ground, making them dangerous and causing fires.

The Arctic Oscillation Coefficient (AO) witnessed neutral to slightly positive values, which means the weakness of the movement of the tunnel currents and the prevention (reducing) of cold air rushing to the subtropical shows (preventing moderate air from reaching southern Europe and the Mediterranean basin), on the other hand, the North Atlantic coefficient (NAO) is positive in its coefficient during the last period, which explains the strong rush of the upper basins in the west of the European continent and the growth of the air height in the south of the European continent to tighten its grip in those areas. Direct in the weakening of the subtropical atmospheric height over the north of the Arabian Peninsula at the expense of the middle of the Mediterranean.

The upper atmospheric high latent over the western and middle basin of the Mediterranean works to heat the air in the lower layers of the atmosphere due to a dynamic process characterized by heating under pressure, as with the compression of air in a specific area under the influence of an air rise in the high layers of the atmosphere, a superficial hot air mass arises whose intensity varies according to the region and the intensity The atmospheric height and also according to the period of its formation during the year, in the case of what happened and happens in North Africa and southern Europe, the rise in the North Atlantic index, directly caused the formation of a huge and strong air high in the high layers of the atmosphere that worked to heat the surface air, which is called the thermal dome.