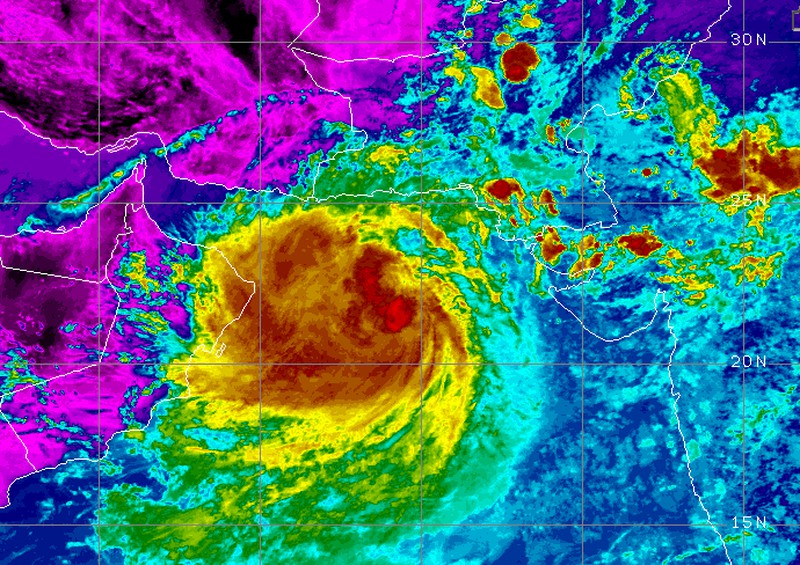 Arab Weather - Weather experts at the "Arab Weather" Regional Center for Meteorology and Weather Forecasting said that the formation of a deep tropical depression in the north of the Arabian Sea during the month of August is very rare, as available climatic records indicate that the last tropical system formed in the Arabian Sea was in 1983, that is before About 40 years ago, at that time, it directly affected the atmosphere of the Sultanate.

Experts at the center said that the most surprising thing is the formation of two tropical conditions in the Arabian Sea during July and August of this year, which is considered unprecedented according to recent climatic records. And when asked about the most important scientific reasons behind the formation of tropical states at a different time?

Specialists in the Arab Weather Center said that the general pattern of the atmosphere witnessed a remarkable change in the region during the summer of this year, represented by the displacement of the "eastern" tropical jet stream from the south of the Indian subcontinent towards its north, and thus provided the opportunity to enter and extend the Monsoon depressions towards the north of the Arabian Sea, as well as This shift in the jet wind system in the upper atmosphere, as mentioned above, also had a great impact on the flow of water vapor with tropical characteristics, exceptionally from the northwest Pacific Ocean through northern India towards the region.

The specialists added that this apparent deviation of the axis of the monsoon depression towards the north of the Arabian Sea, created a low pressure area that acted as an incubator for the emergence of a tropical turbulence that was able to develop into a tropical depression for several reasons, the most important of which is the warming occurring in the surface of the waters of the northern section of the Arabian Sea, but these tropical depressions could not To develop for more than that and to be named by the regional center because of the monsoon winds that sweep the atmosphere of the Arabian Sea.