Arab weather: the most prominent characteristics of the depression affecting the Levant 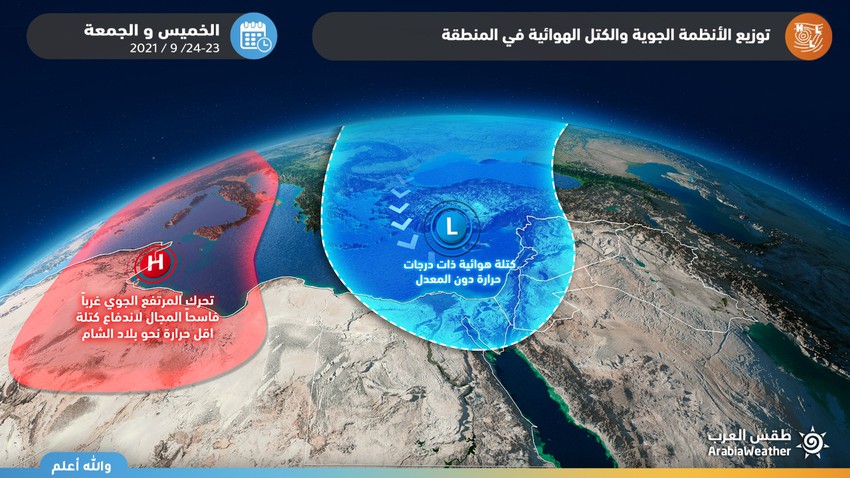 Arab weather - large areas of the European continent and North Africa are witnessing the impact of an air rise in all layers of the atmosphere, which worked on the rule of a warmer and drier atmosphere in all of those regions, and following the air rise, a cold mass in the east of the European continent and then Turkey, and in the presence of favorable conditions On the other hand, an air depression arose over the Turkish lands, so that the Levant became under the influence of air currents below their normal rates.

The most prominent details of the air depression affecting the Levant

In detail, the rain clouds effect with hours on Thursday morning began on the coast of Syria, where flying opportunities constitute a flood due to heavy rainfall in those areas, and is expected to be affected by increasing the Levant Mounkhvd air with with hours Thursday night / Friday so that rain much on the coasts of Syria and Lebanon And some of the interior regions of them, and the chances of rain extend towards parts of north, central and southern Palestine and Jordan, and the rains are mostly light, sometimes intense so that they are heavy in some narrow geographical ranges, and fog is expected to form in some mountainous heights. 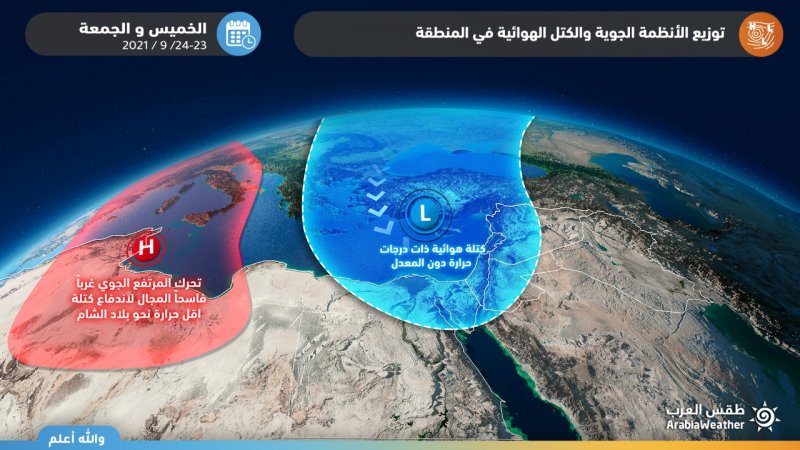 Temperatures continue to drop on Friday in all regions of the Levant, so that they become much lower than their rates, and the weather turns cold in the mountainous heights during the day, and chances of rain remain on Friday, especially with the morning hours on parts of western Syria, Lebanon, north, central and southern Palestine. and Jordan, but a rapid decline will occur in the afternoon and afternoon hours, after the depression moves to the east, away from the atmosphere of the Levant, and the night temperatures drop so that the weather is relatively cold in most major cities.

This atmosphere comes as a result of an air rise attached to a warm air mass coming from Africa, so that the high extends its control over large parts of the west, southwest and central European continent, and temperatures there rise significantly, and this coincides with a rush of a cold air mass that pushes the air rise to fall to the east and south Eastern Europe, and as a result, an air depression was formed over Turkish territory.

In light of this atmosphere, the Arab weather warns of the need to be careful due to the large fluctuations in temperature, the danger of slipping on the roads due to rain, and the low range of horizontal visibility during the early morning hours due to fog in the mountainous heights and plains.

Weather condition and expected temperatures in the capitals of the Levant on Friday 24-09-2021: