Arab weather: The tropical state of Jallab continues its course towards the Arabian Sea and several possible paths 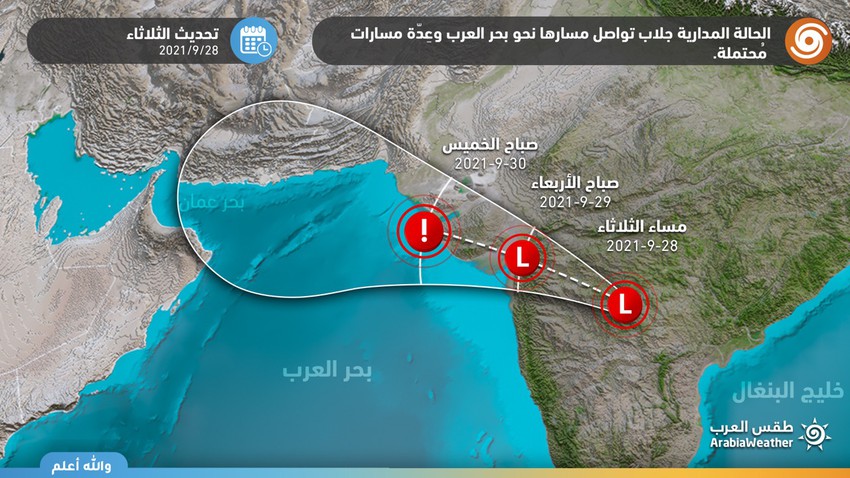 Arab Weather - The latest satellite images and remote sensing observatories at the Arab Regional Weather Center for Weather Forecasts indicate the continued monitoring of the rotational movement of dense thunder clouds in the center of the Indian subcontinent and accompanying the tropical depression with a maximum wind speed of 20 knots around the center of the depression, and it is expected to slit Its way to the west along the Indian coast during the coming hours, and is expected to intensify on Thursday morning, and here are the details:

In the details, and according to the future computer simulations of the movement of this depression, it is expected that it will move in the northwest direction towards the Gulf of Gujarat, and then to the Arabian Sea to derive its energy again under the favorable weather conditions for its development, accompanied by heavy rain and strong winds, and great turbulence in the sea waves. in those areas. 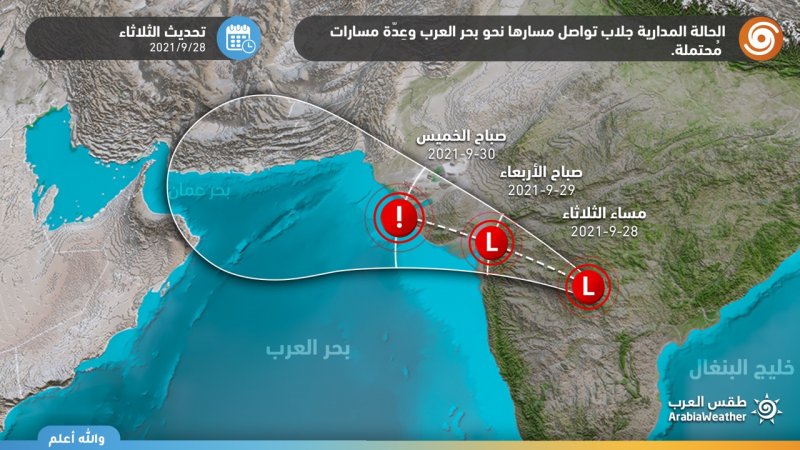 The path of the tropical state is still uncertain, as it is difficult to determine the path inevitably and accurately from now on, as numerical atmospheric models find it very difficult in the process of observing, predicting and simulating tropical conditions, especially before the formation of the tropical state in the Arabian Sea, in addition to the large number of atmospheric variables, as the The possibilities are distributed as follows:

The Arab Regional Weather Center invites you to keep up with the news issued by the weather forecast cadre during the coming days regarding expected weather updates, as Arab Weather publishes more weather reports that will take the nature of inevitability or increasingly accurate forecasts when the time period approaches through the application of Arab Weather .