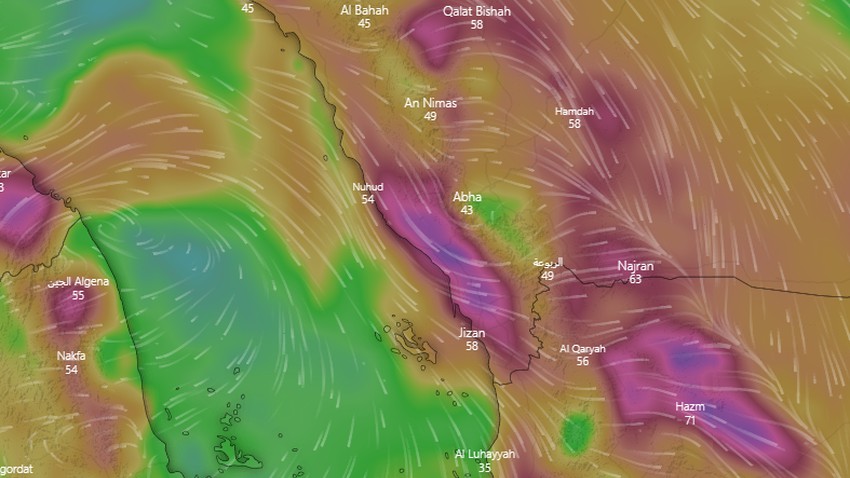 Weather of Arabia - Sinan Khalaf - Once again, the seasonal dust in southwest Saudi Arabia is at the forefront of weather events in the Kingdom of Saudi Arabia, and it is expected, God willing, that the influence of the active seasonal winds locally known as the “dust season” will be renewed on the coastal areas south of the Red Sea, and it is concentrated on the coastal road between Jazan, Al-Laith, Al-Qunfudhah and the interior parts thereof, which will significantly decrease the extent of horizontal visibility, provided that it will be repeated almost daily in the coming days.