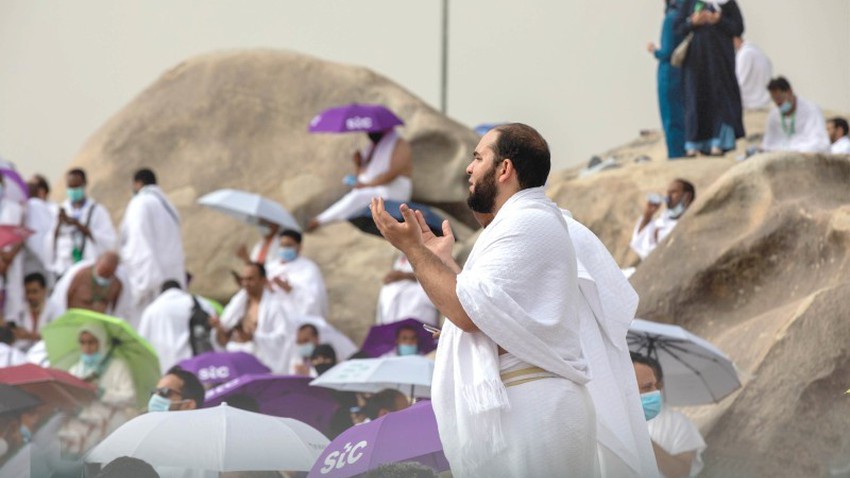 Arab Weather - Radical changes have occurred in the weather forecast in Makkah Al-Mukarramah, from expectations of an increase in the chances of rain, to complete stability in the weather during the Hajj season.

In the details, the latest forecasts issued by the weather forecast cadre in Arab weather indicate that a generally stable atmosphere prevails in Makkah Al-Mukarramah during the Hajj season, without any chances that Makkah Al-Mukarramah and the holy sites will be exposed to any significant rainfall.

It is also expected that the weather will remain warm in general in all parts of Makkah Al-Mukarramah and the holy sites, with temperatures within their usual rates for this time of the year, which are between 42-44 degrees Celsius.