Arabia weather | The rain that fell on Jordan on September 23.24 is considered rare, learn about the amounts of rain recorded 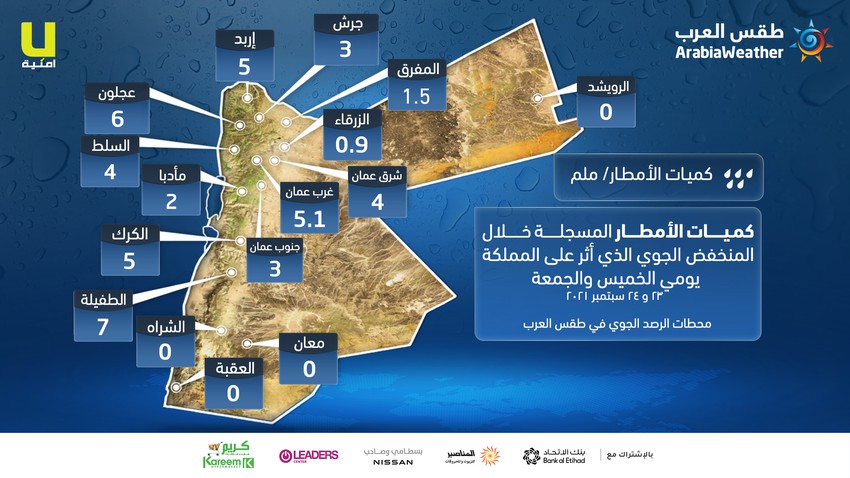 Arab Weather - On Thursday and Friday 23.24 September 2021, the Kingdom was affected by the first air depression in the fall season, classified as first-class (weakest) according to the Arab Weather Index to measure the severity of air depressions, accompanied by an air mass with temperatures lower than what is usual, and caused the depression In the air, showers of rain ( from the hours after midnight Thursday/Friday ) over parts of the north, central and even southern parts of the Kingdom, the rain was heavy at times, which caused the occurrence of water gatherings and the rise of water levels on the roads, and the rain included the capital Amman, coinciding with the formation of fog in the heights Mountainous as a result of low clouds crossing the surface of the earth.

The rain that occurs is considered rare, and the last date for its occurrence from a depression system is several years ago

The weather forecast staff at the Arab Regional Weather Center considered the rain falling on the Kingdom to be very rare in terms of the impact system that causes rain (atmospheric depression), as the last time it rained was in September due to an air depression, it was several years ago. 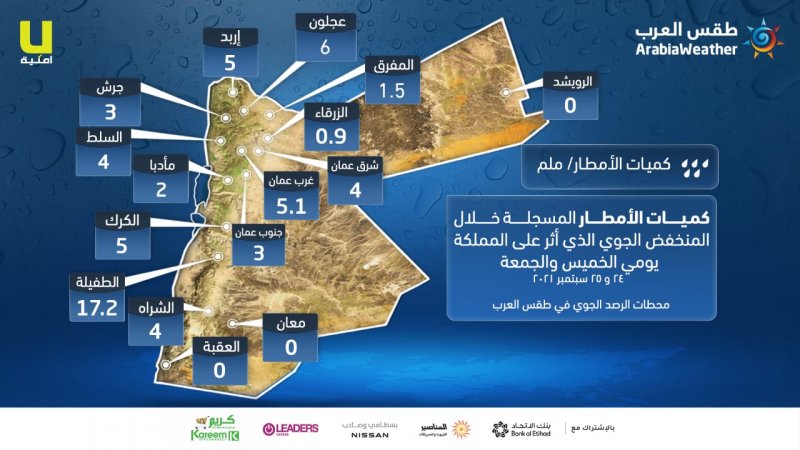