Arabian Gulf | A seismic storm hits southern Iran and the Gulf region, and 4 earthquakes were recorded in less than 12 hours! The most severe was 5.3 degrees 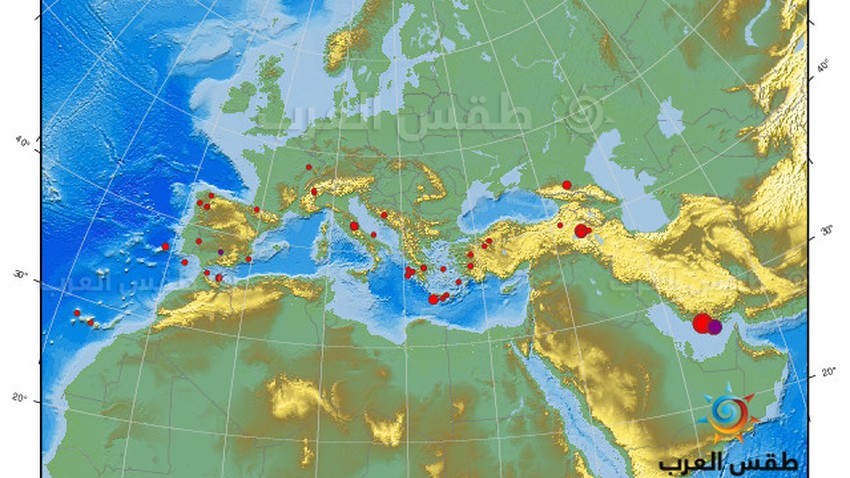 Arab Weather - Sinan Khalaf - A storm of earthquakes and aftershocks has struck southern Iran from midnight until the time of preparing this report. Global seismological monitoring centers recorded 4 earthquakes in southern Iran, the strongest of which reached 5.3 degrees on the Richter scale, while the lowest reached 4.1 degrees.

The earthquake, the strongest among them, occurred at a depth of 10 km, and its epicenter was at the confluence of latitude 27.04 north and longitude 53.26 east, specifically in the Maqam port area of Sheb Koh district in the district of Lengeh port in Hormozgan province in southern Iran, without any reports of losses due to the earthquake. .

Returning to the archive, it is noted that there is a permanent activity of earthquakes and earthquakes in southern Iran, and residents of the Gulf countries often feel the aftershocks of these earthquakes, without causing any damage, praise be to God. 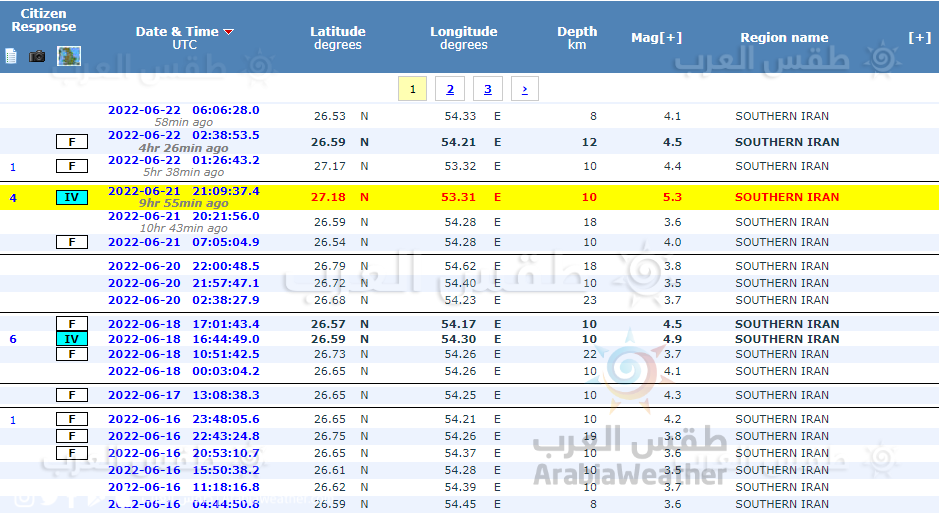