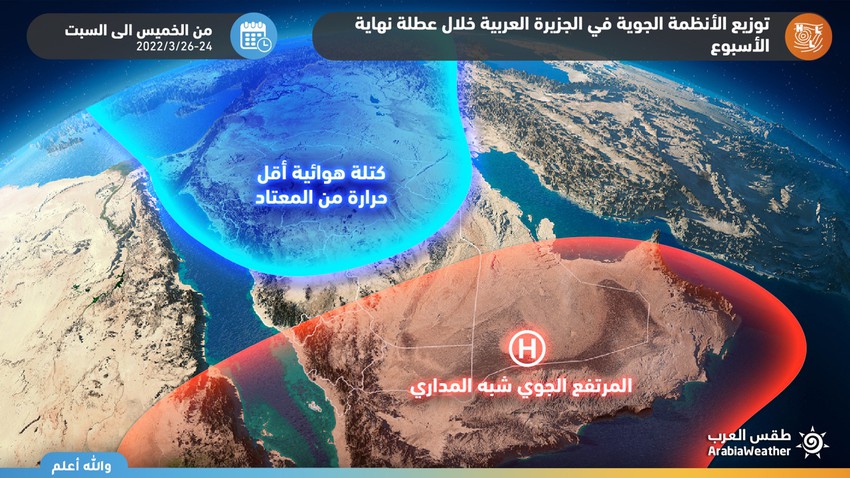 Arab weather - computer modeling maps for tracking the air mass indicate expectations of an air mass rushing less hot than usual, rushing from the eastern basin of the Mediterranean Sea and gradually deepening into the atmosphere of the Arabian Peninsula. From the usual, God willing.

The drop includes the capital, Riyadh

Regarding the details, it is expected that a cold air mass will deepen on Thursday for large parts of the north of the Kingdom to reach the Hail region, working to reduce temperatures in those areas, and in conjunction with that, the rush of relatively hot air currents is increasing from the south to wide parts of the center and east of the Kingdom, and as a result of the thermal differences It is expected that northwesterly winds will activate and be accompanied by strong gusts at times in parts of the north and west of the Kingdom, raising dust and dust in some areas. 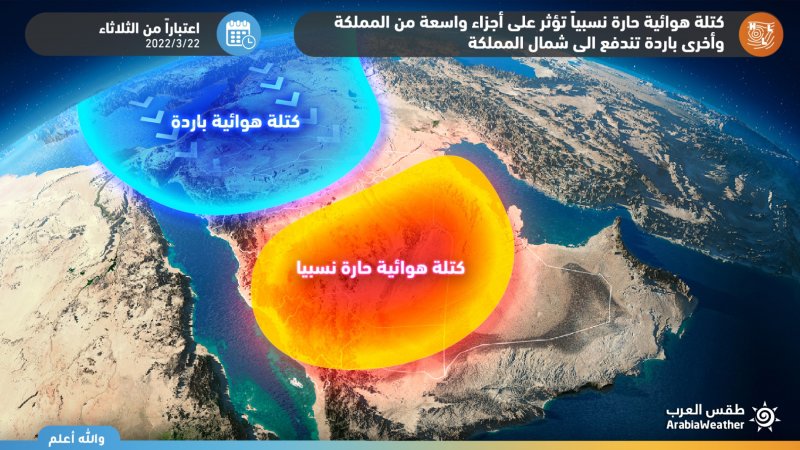 During Friday and Saturday, the cold air mass increases to include large parts of the north, central and eastern parts of the Kingdom, including the capital, Riyadh, with a significant drop in temperatures, reaching a maximum on Saturday in Riyadh in the mid-twenties after it exceeded the mid-thirties in the middle of this week.

Riyadh | After days of rising to the mid-thirties, a significant drop in temperature is expected, starting from Friday

A significant drop in temperature in Kuwait, Qatar and Bahrain

According to the computer modeling processed in the Arab weather , it is expected that the temperatures will decrease in all regions of the State of Kuwait as of Friday, so that it becomes below its usual rates for this time of the year by several degrees, and the northwest winds are also active and raise dust in the desert and open areas, God willing. . 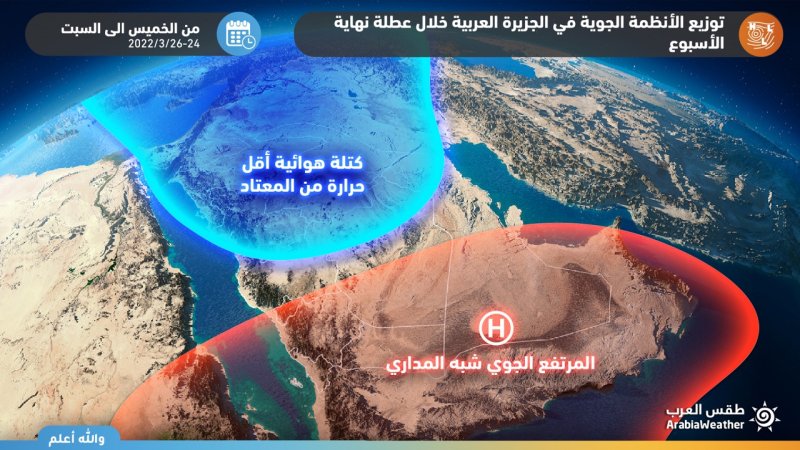 It is expected that the effects of the less hot air mass will affect the atmosphere of Qatar and Bahrain from Friday, so that temperatures will drop dramatically, i.e. values ranging between 8-12 degrees Celsius, compared to these days, God willing, and the northwest wind activates and raises dust and dust in some areas, especially desert areas. .

Much hotter than usual temperatures over the weekend

As a result of the continued control of the subtropical air altitude over the atmosphere of southern Arabia; Thus, it imposes a hotter than normal atmosphere and a stable atmosphere in all regions, as it acts as a barrier against the approach of the winter canyons, and as a result the high layers are still not prepared for the development of clouds and atmospheric instability, so that this weather system makes the mountains of the Sultanate within the range of an air-stable region And far from any air activity.

Also read - The Sultanate of Oman: Until the middle of next week.. an atmosphere closer to summer than spring 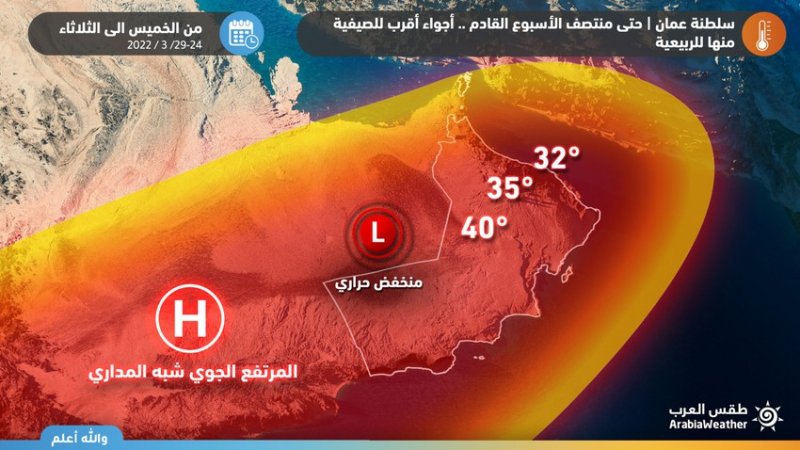 According to the UAE National Center of Meteorology, the weather is expected to be clear in general and partly cloudy at times, and hot during the day, with a decrease in temperatures in some western coastal areas, starting on Friday, and the winds will be southeasterly light to moderate, shifting to northwesterly active speed.

And this is God knows