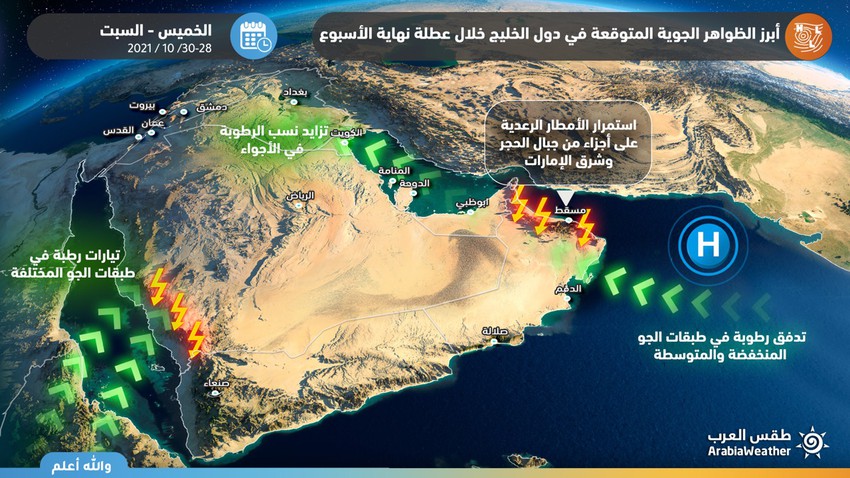 Weather of Arabia - The weather systems in the Arabian Peninsula during the weekend are represented by the weakness of the semi-tropical air altitude, and the flow of wet currents to the north of the Sultanate of Oman and the Emirates, in addition to the southwestern parts of Saudi Arabia, so that there is an opportunity for rain in these areas, and the following details:

Thunder rain of varying intensity, heavy in some areas

In the details, it is expected that the convective thunderclouds formation will expand on Wednesday to include new areas, such as Makkah and Taif, so that thunderstorms multiply at intervals, and the opportunity is gradually created for thunderstorms from rain, which may be interspersed with some locally heavy thundershowers. It is accompanied by hail showers and the activity of downward winds.

An important link to follow the movement of rainy thunder clouds over the region, from here 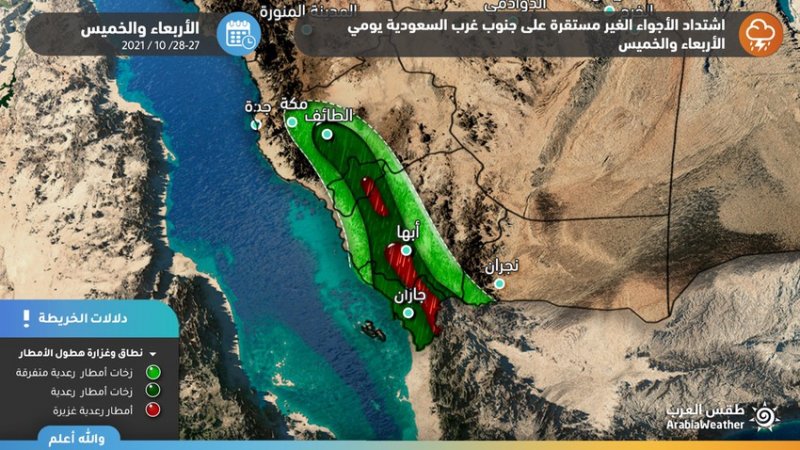 On Thursday and Friday, there will be an opportunity for sporadic showers of rain in limited and random parts of the Qassim, Hail and northern border regions, provided that the chances of rain weaken in the southwest of the Kingdom on Saturday.

Hot summer weather continues to affect the Sultanate of Oman and the Emirates, and temperatures are in the thirties degrees Celsius in most of the interior regions with humid weather in all regions, and there is a chance that some convective clouds will appear on limited parts of the mountains of eastern Emirates and the Hajar Mountains in Oman. 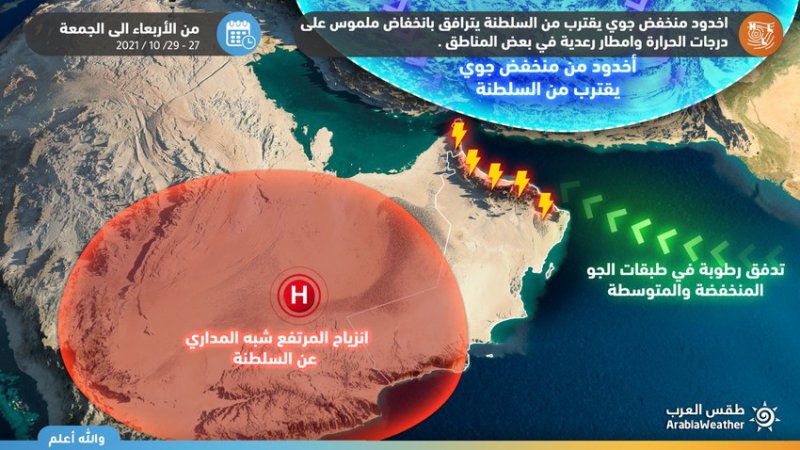 The rains are mostly light to medium, and they may be heavy in some narrow geographic ranges, which may lead to the flow of valleys and reefs in some geographically limited and guest areas.

No drastic changes to the atmosphere

It is not expected that a drastic change in temperatures will occur in the coming days, with the increase in surface humidity rates in Kuwait, Bahrain and Qatar, and the temperatures will be in the beginning of the thirties Celsius in all the interior regions, so that they are around slightly higher than their normal rates for this time of the year . 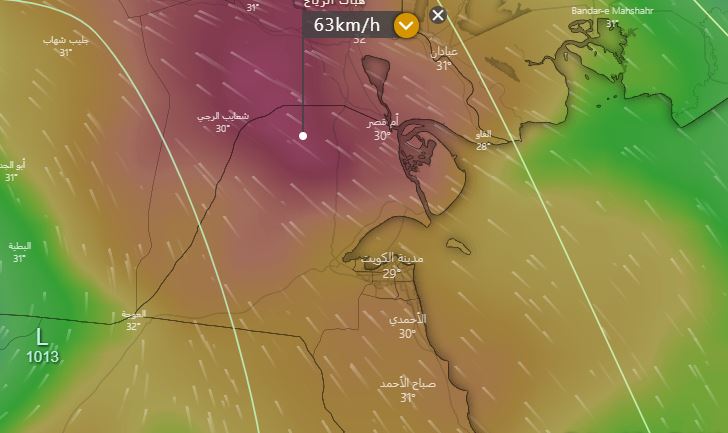 Wet easterly winds are expected to erupt in Kuwait, Bahrain and Qatar, which will remarkably rush the humidity levels in the air in all areas, especially coastal areas. The winds will be active on Kuwait on Friday, exceeding 60 km/h in some areas.

Weather and temperatures in the Gulf capitals on Friday 10/29/2021:

Kuwait | Temperatures remain above average and humid weather at night