Arabian Sea | Will seasonal clouds monitored by satellites develop into a tropical state in the next 48 hours? Arab weather answers 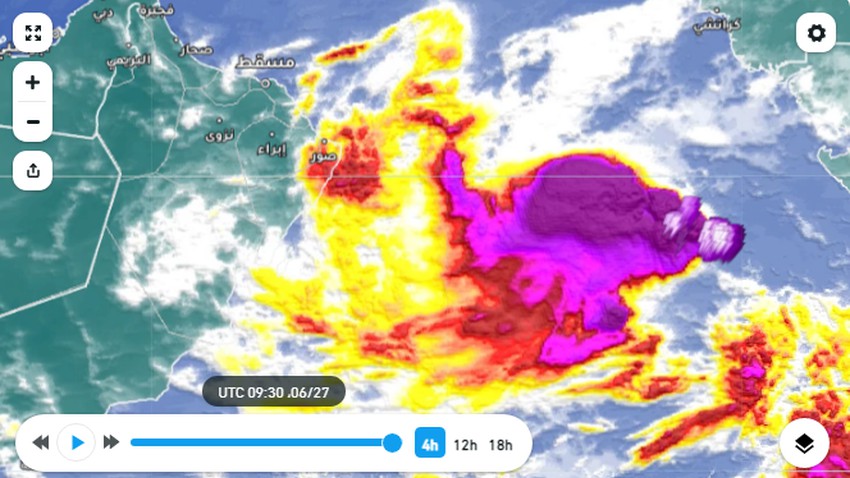 Arab Weather - The weather forecast cadre in Arab weather monitors the seasonal thunder clouds that are currently centered in the middle of the Arabian Sea, where the latest satellite images show huge amounts of rainy thunder clouds, which are accompanied by strong winds that reach speeds of up to 100 km / h.

Can the prevailing air system in the Arabian Sea develop into a tropical depression or a tropical storm?

For his part, the forecasting team at the Arab Regional Weather Center stressed the difficulty of the development of the prevailing air system in the Arabian Sea to a tropical low level or a tropical storm, due to the presence of major factors that are considered fatal and limit the chances of development. Rather, it is expected that the cloud force will decrease further during the coming hours as a result of its collision with Monsoon winds, in addition to the effect of shear winds, "the difference in wind movement and speed in the different layers of the atmosphere." 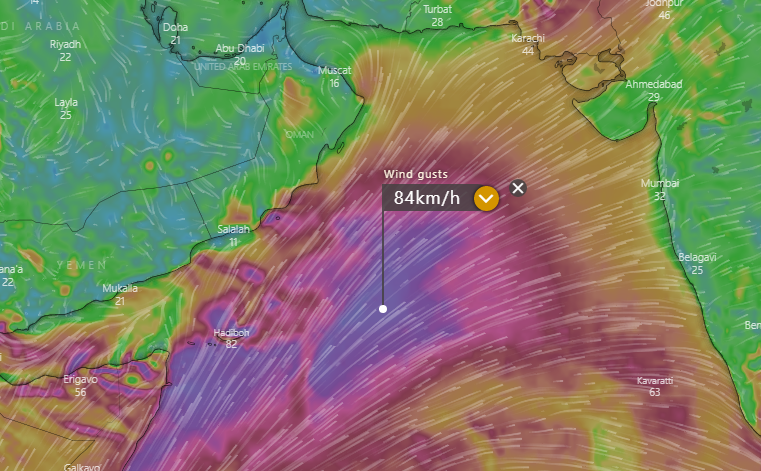 Monsoon winds and their role in killing tropical turbulence

Shear winds are defined as the change in wind speed and direction in both vertical and horizontal directions, as these winds weaken and limit the vertical growth of cumulus thunderstorms, that is, they impede the process of increasing the thickness of the clouds, and thus become shallow and stratified and thus weaken the tropical system.

So will tropical turbulence affect the Sultanate of Oman?

No, the current tropical turbulence will not affect the Sultanate of Oman, except in the form of a flow of high clouds into the Sultanate's atmosphere at intervals, which may be interspersed with some showers of rain, and we will be with you in a continuous follow-up of developments as they occur.