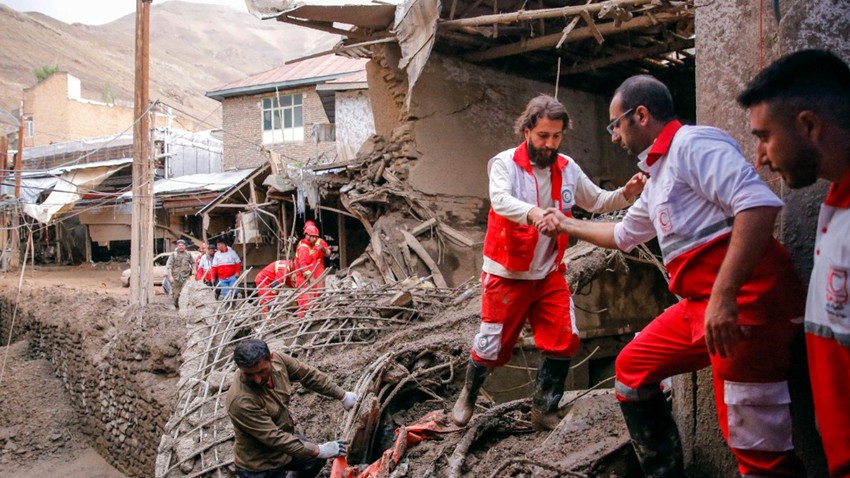 Weather of Arabia - The head of the Rescue and Relief Authority of the Red Crescent Society in Iran, Mahdi Walipur, announced on Saturday the death of 56 people and the loss of dozens as a result of the recent torrential rains that swept 21 provinces across the country.

Chalus Road or Kandovan Road, is an important road for the people of #Tehran , as it leads many of them to the famous tourist attractions in northern #Iran on weekends and holidays. This road is one of the busiest in Iran. There is a tunnel on this road called Kondovan
pic.twitter.com/AVHIfQeKS0

And the Islamic Republic News Agency (IRNA) quoted Walipur as saying that in recent days, 17,638 citizens were provided with assistance, 2,500 people were transferred to safe locations, and 3,700 people received emergency accommodation.

The Iranian official explained that since the 23rd of this month, and so far, the floods have swept 21 provinces across the country, and the most affected provinces on Friday evening were Rastan, Tehran, Yazd, Isfahan, Charmahal and Bakhtiari.

A wave of heavy rain, which began a few days ago, and is still continuing in some areas, caused some rivers to overflow, and torrential torrents occurred in most of the governorates.

The rains on the mountain slopes north of the capital, Tehran, led to torrential rains and landslides in some areas.

The rains and the resulting torrential rains also resulted in significant material damage to housing units, facilities and roads, and temporary power outages in some areas, as well as cutting some roads, especially in villages and rural areas.