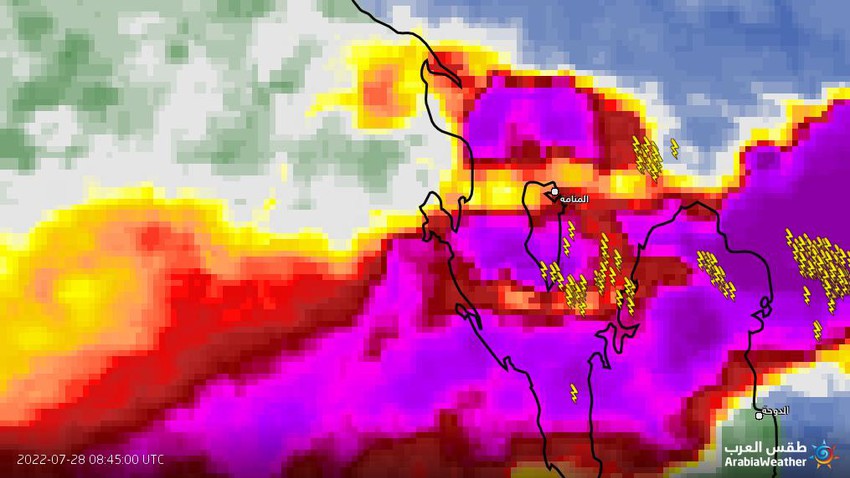 Arab Weather - Satellite images received by the Arab Regional Weather Center indicate that the Kingdom of Bahrain is increasingly affected by unstable weather conditions, as cumulus clouds extended to different regions of Bahrain, accompanied by rainfall of varying intensity and sometimes heavy rain, especially in the southern regions accompanied by the occurrence of thunderstorms.

It is expected that during the rest of the day and until Friday, the Kingdom will continue to be affected by unstable weather conditions, resulting in rainfall of varying intensity, accompanied by the occurrence of lightning and thunder sometimes.