Because of the heat wave .. 41 facilities burned in London 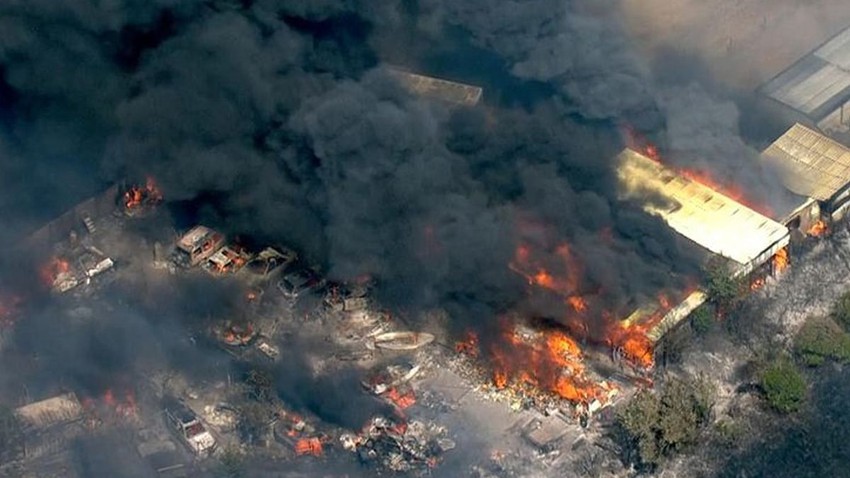 Weather of Arabia - The Mayor of London revealed that no less than 41 facilities were located in London, which were burned due to the heat wave sweeping the United Kingdom.

He explained that a major accident had been announced following the massive rise in fires across the capital today, pointing out that the London fire brigades are under tremendous pressure.

It comes after Britain announced earlier the suspension of flights at the largest air base in the country, as a result of the hot weather that led to the melting of the base runway, as the British Royal Air Force decided to stop flights to and from its largest air base in the United Kingdom because “the runway has melted” in the weather is hot.

And temperatures in Britain reached 40 degrees Celsius, which led to the outbreak of fires in several regions of Britain; Most notably, the capital, London; And even the fires reached in East London to reach apartment buildings.

Many European countries are witnessing a severe heat wave that they have not witnessed before, as Spain announced that it had lost 360 citizens as a result of the fires and the heat wave.