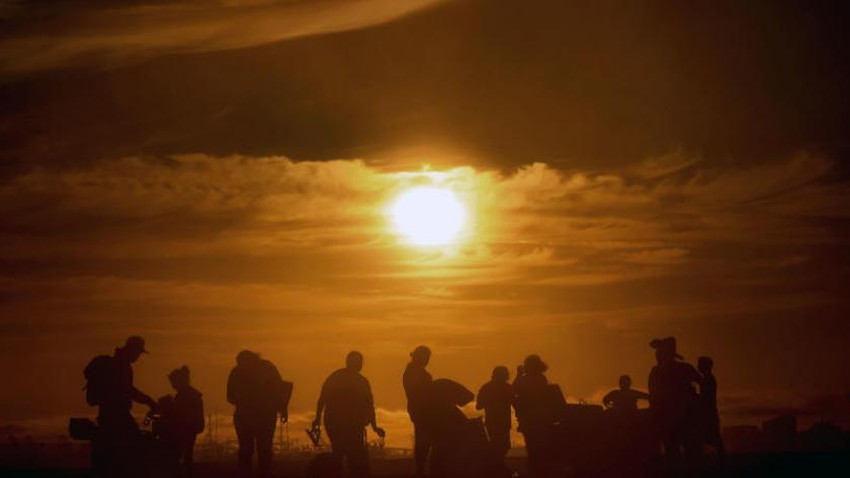 Weather of Arabia - The authorities in Britain announced today, Saturday, the declaration of a state of public emergency in the country due to the very hot weather wave affecting the country, which is expected to reach the same in the middle of this week, and the warning includes the London, Manchester and York region for Monday and Tuesday,

And “bbc” quoted a spokesman for the Met Office, Graham Madge, that “the situation is likely to be very dangerous,” with a chance, of 50 percent, that temperatures will reach 40 degrees Celsius, most likely in the area extending from London to the north. towards Yorkshire and the North East.

The highest temperature recorded in Britain was 38.7 degrees Celsius in Cambridge in 2019, which means that there is an opportunity to record new records in the country in the coming days.

Heat wave developments in Europe: The heat wave’s impact on Portugal declined in the middle of the week, offset by a widening of the heat wave’s influence towards additional countries

In addition to the Met Office warning, Britain's Health Security Agency issued a warning at the highest level to health and care bodies, of the possibility of sickness and death "among healthy people".

It is reported that this is the first time that a red heat warning has been issued in parts of Britain, although the severe heat warning system was only launched in 2021.