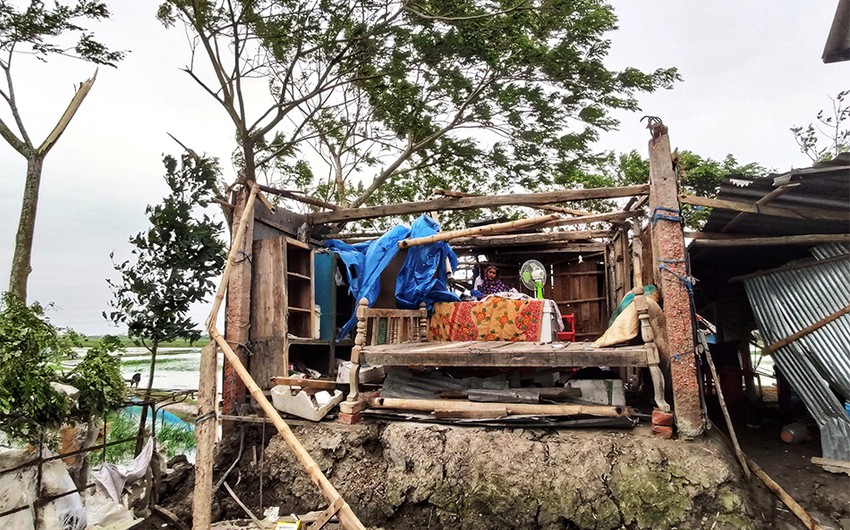 Arab Weather - Officials in Bangladesh said on Monday that the number of deaths in the country Bulbul hurricane rose to 12, while five fishermen are still missing.

Inam-ur-Rehman, Minister of State for Disaster Relief and Relief, said most of the victims refused to leave their homes and died from falling trees.

Authorities said fishermen drowned and five were still missing after their boat capsized on Sunday due to strong winds and currents. Another 30 fishermen were rescued.

Nearly 6,000 homes were damaged or destroyed. No major damage was reported in camps in the southeast, which hosts hundreds of thousands of Rohingya refugees from neighboring Myanmar.

Tiknaf chief executive Saif al-Islam said a ship would sail on Monday to San Martin Island to rescue 1,200 mostly local tourists who had been trapped there for three days.

In the Indian state of West Bengal, Javed Khan, minister in charge of disaster response, told reporters on Sunday evening that seven people had died.