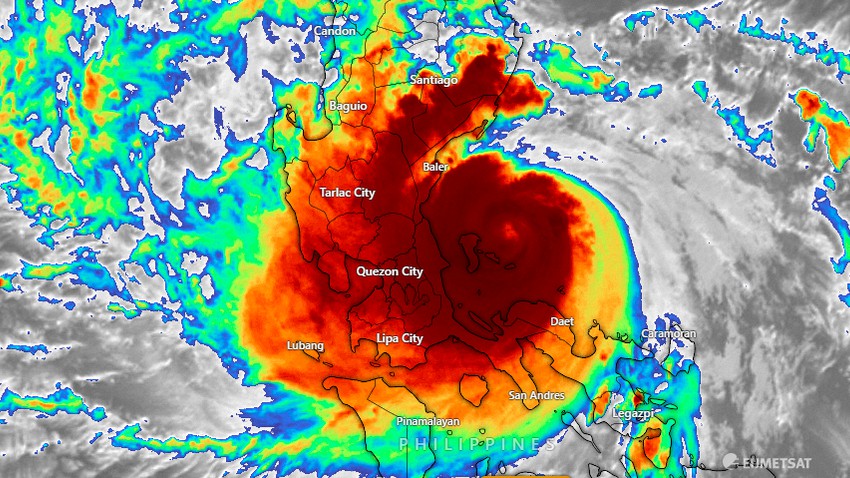 Arab Weather - Our satellite images at the Arab Regional Weather Center indicate the formation of a tropical system that developed into a category five hurricane (the strongest and strongest) over the waters of the Philippine Sea and is now hitting the Philippines with strong winds that reach a speed of about 257 km / h, causing a sharp rise in the waves For more than 6 meters, in addition to its heavy rain, it threatened the lives and properties of many people.

The weather forecast staff at the Arab Regional Weather Center is monitoring the crossing of the most violent part of the hurricane, which is the wall of the eye, where the winds and rains intensify, causing floods in different regions of the central and southern Philippines, but it is expected that the cyclone will retreat to the second degree when it passes over the surface of the land And its impact remains dangerous for the Philippines until it exits and continues its way towards the waters of the Pacific Ocean to reach India in the coming days.

The Philippines is exposed annually to many tropical storms as a result of its occurrence near the Pacific Ocean, where it is subject to dozens of storms, including destructive and violent, as is expected in Hurricane Noro.