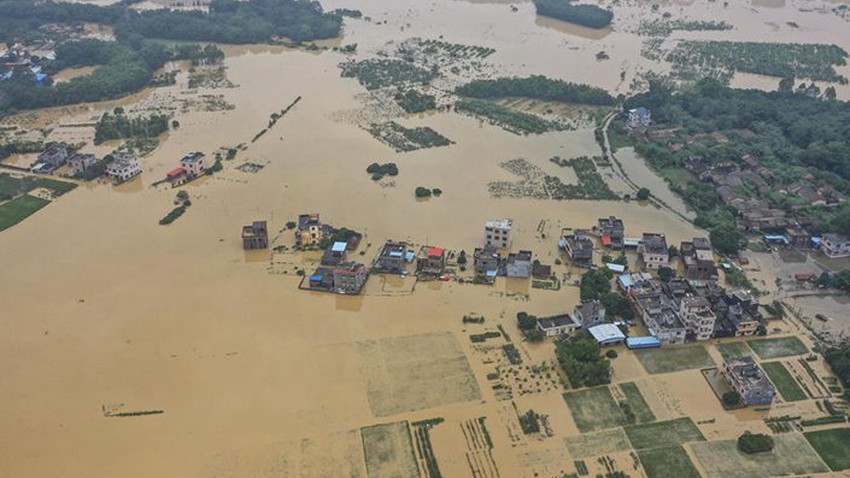 Arab Weather - Since last Tuesday, a number of Chinese provinces have been experiencing devastating floods; Due to the heavy rain that caused the water level to rise; What led to the evacuation of houses and material losses and lives

Heavy rains have killed at least 12 people in southwest China's Sichuan Province, at least 10 people have been lost, and more than 7,000 people have evacuated their homes, according to the New China News Agency.

Financial and economic damage of $ 144 million

The floods severely damaged $ 144 million in the eastern provinces of Jiangxi and Ankhui, and affected 526,000 people in 45 provinces and cities.