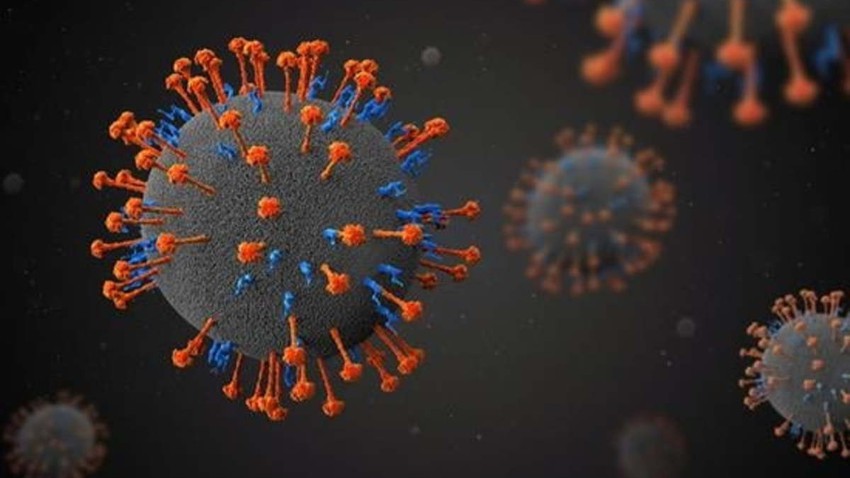 Weather of Arabia - China announced on Monday the registration of up to 35 human infections with a new virus of the type of viruses transmitted from animal to human, called "Langy", and cases were identified in Shandong Provinces in eastern China and central Chinese Henan Province, prompting Authorities have begun to begin DNA testing to identify and monitor the spread of the virus, according to an article published in the New England Journal of Medicine (NEJM) by scientists from China and Singapore.

The new type of virus was discovered in throat swab samples from patients with fever in eastern China who had recent direct contact with animals, and with further investigations it was found that 26 out of 35 cases of "Langia" virus infection had developed clinical symptoms such as fever. irritability, cough, loss of appetite, nausea, headache, vomiting.

What is the zoonotic "Langia" virus?

Langia virus or "LayV" is a zoonotic virus, often transmitted from animal to animal. However, after 35 human infections were reported in China, health experts are now concerned about its transmission to humans. The serological survey conducted by specialists also concluded that 25 species of wild animals may be a "natural reservoir" of the virus.

According to Professor Wang Linfa of the National University of Singapore School of Medicine: "This virus is in the same genus as the Nipah virus, and so far the reported cases have not been fatal or very dangerous. So it can be said that we should be vigilant - without panic - about this new virus."

Experts have described the 'Henipah' virus as an important emerging cause of zoonotic diseases in the Asia-Pacific region. Two types of these viruses are known to infect humans, namely: Hendra and Nipah, and the natural host for both is fruit bats, and the mortality rate for both ranges between 40% to 70%.

Symptoms of the "LayV" virus

A comprehensive study titled "'A Zoonotic Henipavirus in Febrile Patients in China'" indicated that new infections reported in humans showed symptoms such as fever, fatigue, cough and cold, loss of appetite, muscle aches, nausea and vomiting. The virus may eventually lead to low white blood cells and low platelet counts, resulting in kidney and liver failure.

Are we on the cusp of a new pandemic?

Professor Wang Linfa noted: "The coronavirus will not be the last infectious disease to cause a pandemic in the world, because new infectious diseases will have an increasingly greater impact on human daily life." However, no large spatial or temporal gathering of the virus has been found, which means that its transmission from one person to another has not been proven.

Taiwan's CDC on Monday issued a precautionary warning, urging people to pay close attention to news about the virus, although there are no reports that the virus has shown human-to-human transmission.