China's obsession with control extends to the weather 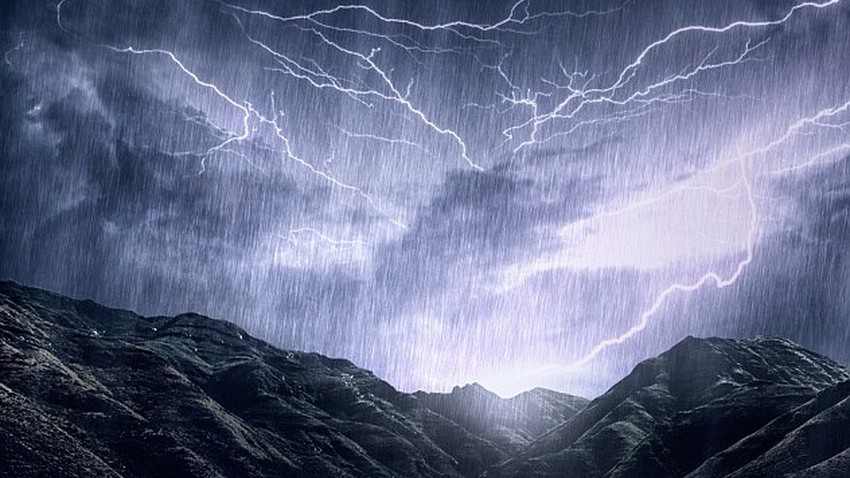 Arab Weather - China plans, in a decision recently announced by the Council of Ministers, to rapidly expand the Weather Modification program and double the raining process, to cover an area more than one and a half times the area of India, which may raise the concerns of its neighboring countries.

For six decades, China has employed military aircraft and anti-aircraft guns to inject clouds with silver iodine or liquid nitrogen, in order to increase the size of water droplets until they fall in the form of snow or rain, which is called the cloud-seeding process . This technique has been used. Mostly at the local level to alleviate droughts, or to clear the sky from clouds until they appear clear before major events, as happened in the 2008 Olympics and the 70th anniversary of the founding of the People's Republic of China in October.

But the proposed expansion could affect regional weather patterns, as the Chinese government aspires to extend the rain and artificial snow program to cover at least 5.5 million square kilometers of land by 2025 AD, and the long-term plan includes that by 2035 AD, weather modification capabilities will reach The country has reached an "advanced" level, and the focus will be on reviving rural areas, restoring ecosystems, and minimizing losses from natural disasters.

This comes after a rapid intensification of the efforts made by China to try to control the weather. In 2017, the plan allocated an amount of (168) million dollars for four new aircraft, eight upgraded planes, (897) missile launchers, and (1856) digital control devices. This is to cover approximately 10% of the land of China.

Among this is a new weather modification system in the Qinghai -Tibet plateau , which contains the largest freshwater reserves in Asia. Chinese scientists are working on the Tianhe (which means "river of the sky") plan to divert water vapor north from the basin. Yangtze River basin ) to the Yellow River basin , where rainfall occurs.

Scientists have found channels near the boundaries of the troposphere that can carry 5 billion cubic meters of water annually, and the China Aerospace Science and Technology Corporation has reportedly built hundreds of rooms in the mountainous region known in Asia as the Water Tower, to introduce silver iodide into the atmosphere in quantities. big.

These attempts to control rainwater can alleviate water shortages in dry northern China, but exacerbate problems in Southeast Asia and India if they affect the flow of rivers; Mekong (Mekong), or Salween (Salween), or the Brahmaputra (Brahmaputra) - which is the Qinghai - Tibet have a source.

Indian websites previously published speculation that China is using weather as a weapon, and may actually disrupt rainfall patterns, but if these predictions are true, China will not be alone in trying to change the weather for strategic purposes, as the American journalist Seymour Hersh revealed in 1972 that the United States I tried to manipulate the monsoon rains during the Vietnam War, through Operation Popeye , which aimed to flood the communist supply road along the Ho Chi Minh path, and the American General Electric Company conducted the first cloud pollination experiments in 1946, and the Soviet Union also adopted this technique in And later developed it, and then China implemented it during the Great Leap Forward Economic Campaign.