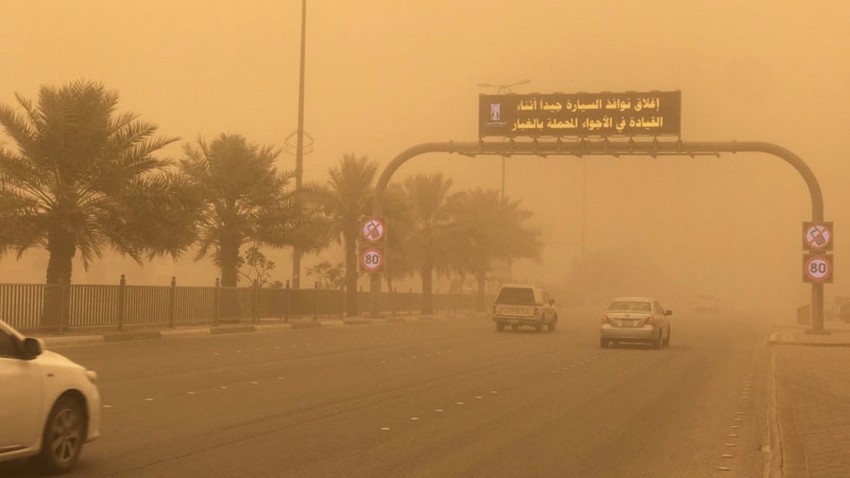 Weather of Arabia - The climate of the Kingdom of Saudi Arabia is characterized by a semi-arid to dry desert climate, with a severe decrease in annual rainfall with the exception of the southwestern parts of the Kingdom. This makes the Kingdom more vulnerable to the phenomena of dusty plankton and raised dust.

With regard to dusty and dusty phenomena, the report on the climatic situation in Saudi Arabia for the year 2021, issued by the National Center of Meteorology, which was based on the analysis of data from 26 inhabited meteorological stations belonging to the National Center of Meteorology in 13 administrative regions in the Kingdom, showed that the activity of the phenomena of suspended dust and dust raised for the year 2021 It continued at the level of the Kingdom below the normal level, with the exception of the regions of Makkah and Jazan, where the city of Jizan was the most active city for dusty phenomena in 2021, and the number of days of the two dust phenomena reached 195 days and 110 days.

The report indicated that the year 2021 witnessed less activity of dust storms in the northern parts of the Kingdom, while the stations of Wadi Al Dawasir and Najran in the south detected more dust storm activity.

More on the 2021 State of the Climate Report: