Cloud seeding in Saudi Arabia between intimidation and reassurance of experts.. How does it happen? 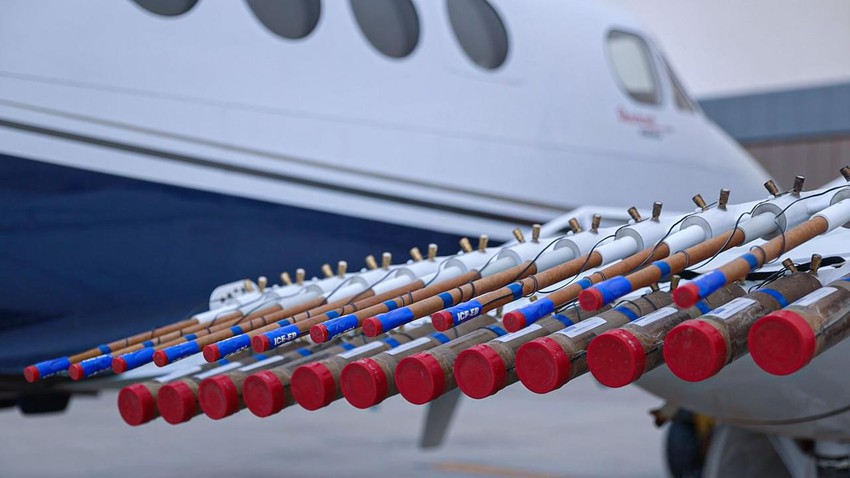 Weather of Arabia - Weather expert Saleh Al-Sheikhi, quoting from the newspaper "Sabq", commented on the messages that spread and carried intimidating language about the artificial rain seeding program, and the scientific, environmental and even religious allegations contained in those messages, wishing the publishers of these texts to calm down by claiming the destruction of "the environment" And causing disasters, forgetting that the implementing agency is called “the environment.”

For more: The National Center of Meteorology announces the launch of the first flights for rain in Riyadh, Qassim and Hail

Al-Sheikhi said: Sometimes some types of clouds need only the addition of “condensation nuclei.” The nuclei have several forms available in nature, such as sea salt, as well as dust and some types of plankton or aerosols. In the form of raindrops (like dew drops on the surface of a car window or window) and this is generally because it has many circumstances and mechanisms that do not matter to the essence of the issue, for example if the weight is exposed to an upward current, the weight is sometimes not enough to fall, but rather it is thrown to further places, and these reasons are many and have branches.

He added: In general, artificial seeding enters in this case by making up for the lack of these nuclei, so that all the elements are available in the cloud except for the nuclei, so sea salt is sprayed, but it must be of the same nature as a “gaseous” atmospheric element to stay in the air for a longer period and interact with water vapor that previously condensed on the surface. suitable height.

He continued: What I remember in one of the invitations I received, I found the attention to the requirements and the keenness of the Meteorological Center on the environment and the aftermath of this program and dealing with all the details, even small ones, in an accurate, scientific and thoughtful manner.

The Ministry of Environment, Water and Agriculture had officially launched the rain seeding program in Riyadh in the first phase. Cloud seeding is the increase in the quantity and quality of precipitation through specialized aircraft with precise techniques. The materials used are good and do not harm the environment.