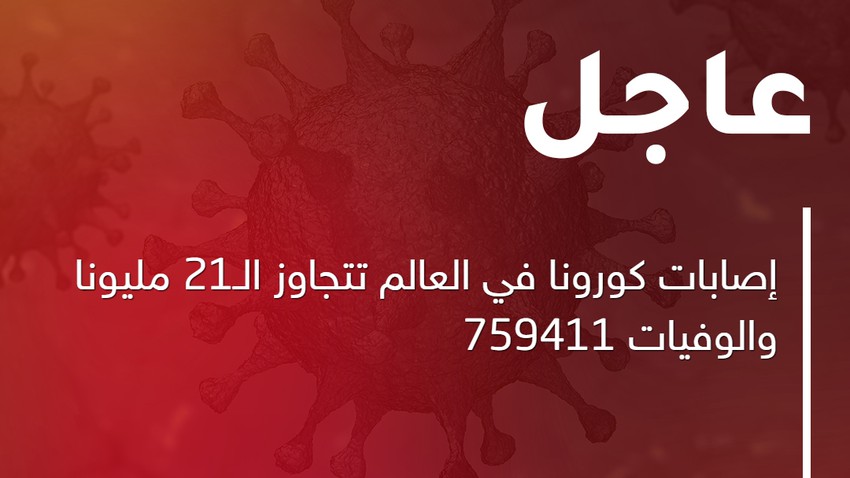 ArabiaWeather - Reuters’s statistics showed that more than 21 million people were infected with the emerging corona virus worldwide, and that 759,411 people died from the virus.

HIV infections have been recorded in more than 210 countries and regions since the first cases were discovered in China in December 2019.