Cruise ships stuck in the Mississippi River due to climate change 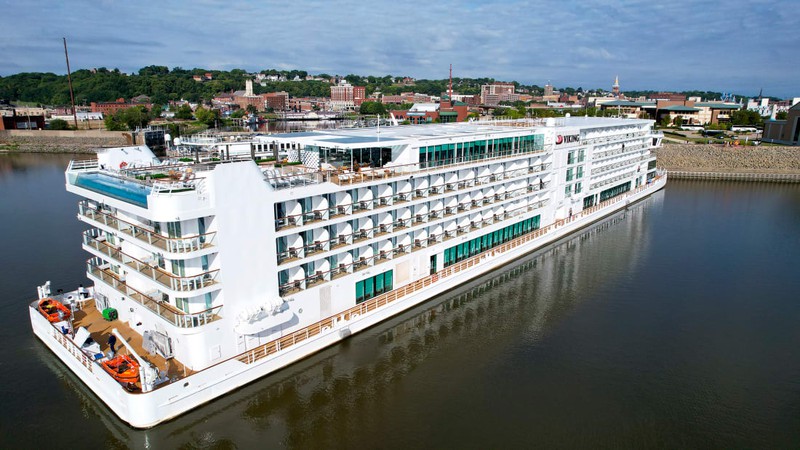 Weather of Arabia - A cruise ship on the Viking River heading north to the Mississippi River failed to end its voyage due to low water levels, according to a statement issued by the company, Thursday, and the statement said: "An unusually low water level along the Mississippi River caused parts of the country to close. The river, which affected the maritime traffic heading north and south.

"The closures have caused delays that will prevent the Viking Mississippi from completing sailing and from reaching St. Paul (Minnesota) for its next scheduled departure on October 15," the statement added. The company announced a 15-day trip in October from St Paul to New Orleans, starting at $12,999. According to " cnn travel "

The Mississippi River is stuck in an increasingly dry state

The Mississippi Viking isn't the only ship facing problems on the major river in the United States, as low water levels along the Mississippi River amid drought conditions have left several ships stranded over the past week, the US Coast Guard said Tuesday.

The latest National Oceanic and Atmospheric Administration report said nearly 53% of the lower 48 states in the United States are experiencing drought. Drought continues to develop and intensify from the plains across the Mississippi River Basin, and has now spread to the Midwest and Southeast.

Low water levels affect the movement of barges on the Mississippi River during harvest, which affects the transportation of crops.

And the Mississippi was not the only one suffering from drought and the effects of climate change. A sweltering heat wave hit Europe last summer, and water levels in the continent's fabled waterways plunged to historic lows.

The Rhine is one of Europe's most important trade routes - and a hugely popular cruise itinerary filled with fairytale castles and stunning scenery, but it took a hard hit this year.

Some river cruise ships were able to lighten the load and continue sailing. Others had to change itineraries, while some river ships had to cancel trips altogether.

Now those same decisions are being considered to apply to the Mississippi River, America's greatest river.

New Zealand is exposed to catastrophic floods and landslides for the third day, and a high number of deaths

Saudi Arabia - Weekly Weather Bulletin | A warm bloc affects most regions of the Kingdom, and chances of rain in the north in the middle of the week | Sunday 01-29-2023