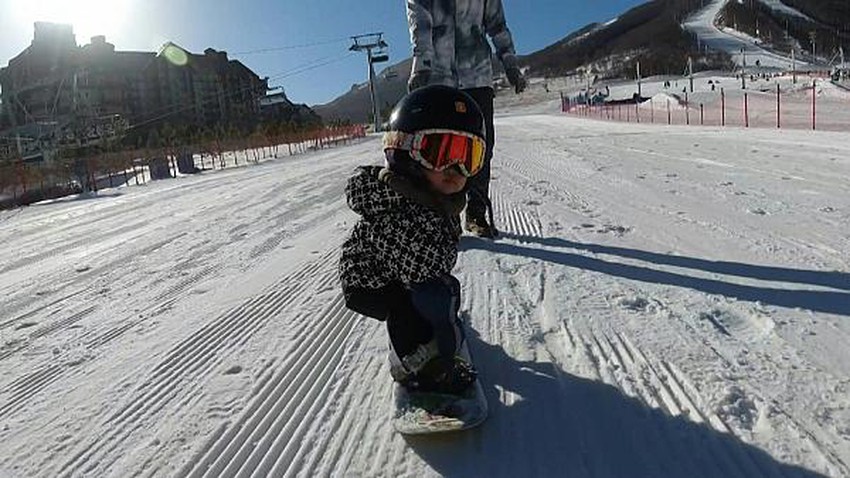 Weather of Arabia - Standing firmly on the skateboard and starting to make her way cheerfully, it is the Chinese infant Wang Yuji, who is only eleven months old, she cannot walk yet, but she is adept at riding a snowboard, to be the youngest skaters in a resort near the Chinese capital, Beijing.

Boogie's parents attach her padded shoes to her little skate, and as soon as they leave her, the snowboard takes a turn while she starts laughing and moving her hands in expression of her joy and enjoyment in the sport of skateboarding.

Booji's first attempt at snowboarding was just two weeks ago, during a family trip to the ski resort, and since then, the girl joins the winter sports enthusiasts every morning at the Taiwu Ski Resort in the northern city of Zhongli, one of the cities that will host next year's tournament. Winter Olympic Games.