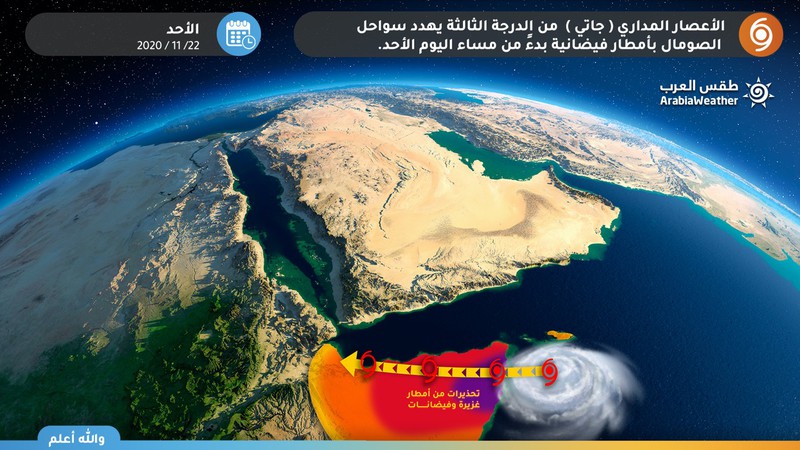 Weather of Arabia - Cyclone Gati is moving from the Arabian Sea towards Somalia after developing into a third degree on Sunday, and with the hurricane large amounts of highly effective clouds of rain and strong winds are pushing through Bari, in the far northeast of the country.

The hurricane is currently stationed at 9:00 GMT, 120 km from the coast of Somalia, with winds estimated at 100 knots / hour, but the strength of the hurricane will decline to the second degree during the next few hours as it enters Somali lands.

Cyclone Gati is accompanied by very large amounts of rain during a short period of time, as torrential torrents and floods form in large areas on Sunday and Monday throughout northern Somalia, including the coasts overlooking the Gulf of Aden.

The hurricane faded off on Tuesday

The latest weather updates indicate that Hurricane Gati receded and faded on Tuesday over Somali lands and the Gulf of Aden, with the weather remaining unstable there due to the accompanying moisture residue.