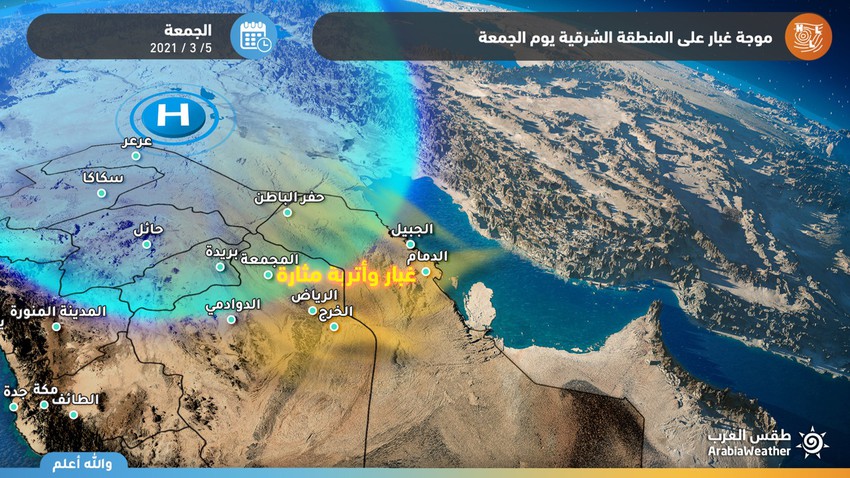 Arab weather - Sinan Khalaf - is affected in general by the eastern parts of the Kingdom, in addition to the capital, Riyadh, with hours on Friday morning, by crossing a cold air mass coming from the north towards the region's atmosphere. It is expected to be associated with remarkable and great activity on dusty and dusty winds.

A cold mass associated with a drop in heat

Active winds raise dust and dirt in Dammam and Riyadh

In the details, it is expected that the cold mass will begin to cross the airspace of the eastern region, beginning in the north with the hours of dawn and morning on Friday, accompanied by strong northerly winds to strong speed that intensify over Dammam, reaching some of its gifts up to 75 km / hour, and these winds are capable of forming wide dust waves that are associated With a significant decrease in the horizontal visibility, and this cold mass and the activity that will accompany it from the dusty and dusty winds will affect the capital, Riyadh, but with a lesser intensity.

We would also like to point out the significant drop in temperatures, which may increase the rates and likelihood of catching cold and influenza diseases, in addition to the following cautions:

The danger of strong winds, which may reach the barrier of 55 km / h