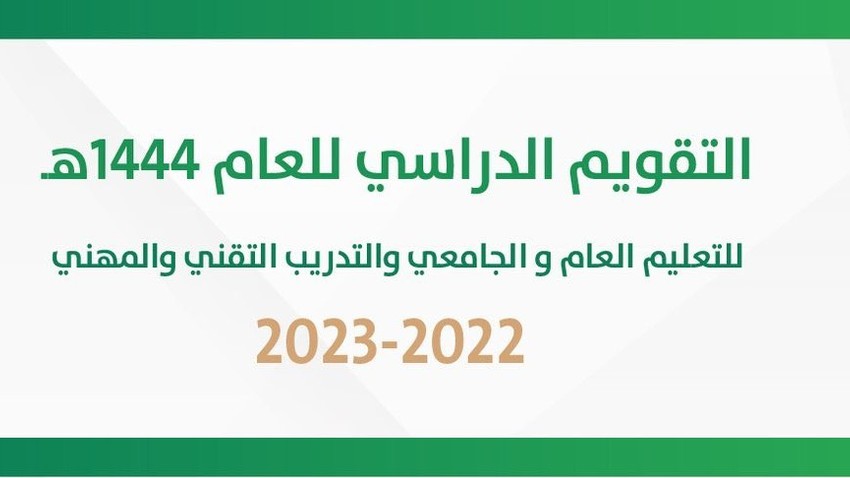 Weather of Arabia - The Saudi Ministry of Education announced the new academic calendar for the next year, after the approval of the Council of Ministers, as it revealed the date for the beginning of the study and clarified the new features of the academic calendar on its official page, after amending the 1443 calendar and adding vacations to it, with the continuation of the three-semester system. For the new year for all grades.

As for the date of the return of teachers and administrative staff for the academic year 1444 AH , the Ministry of Education has announced the dates for the return of educational job holders, including educational supervisors, and employees of education offices and educational and administrative bodies at all levels of study. To be on Monday 24/1/1444 AH corresponding to 08/22/22 AD, and male and female teachers will return to teach at all academic levels ; It will be on Sunday 1/2/1444 AH corresponding to 28/8/2022 AD, according to the new academic calendar for the year 1444 AH, in conjunction with the return of male and female students.

Academic calendar in Saudi Arabia for the year 1444

In this table, we convey to you the dates of the official holidays and the academic calendar in Saudi Arabia for the year 1444 for public and university education and technical and vocational training: 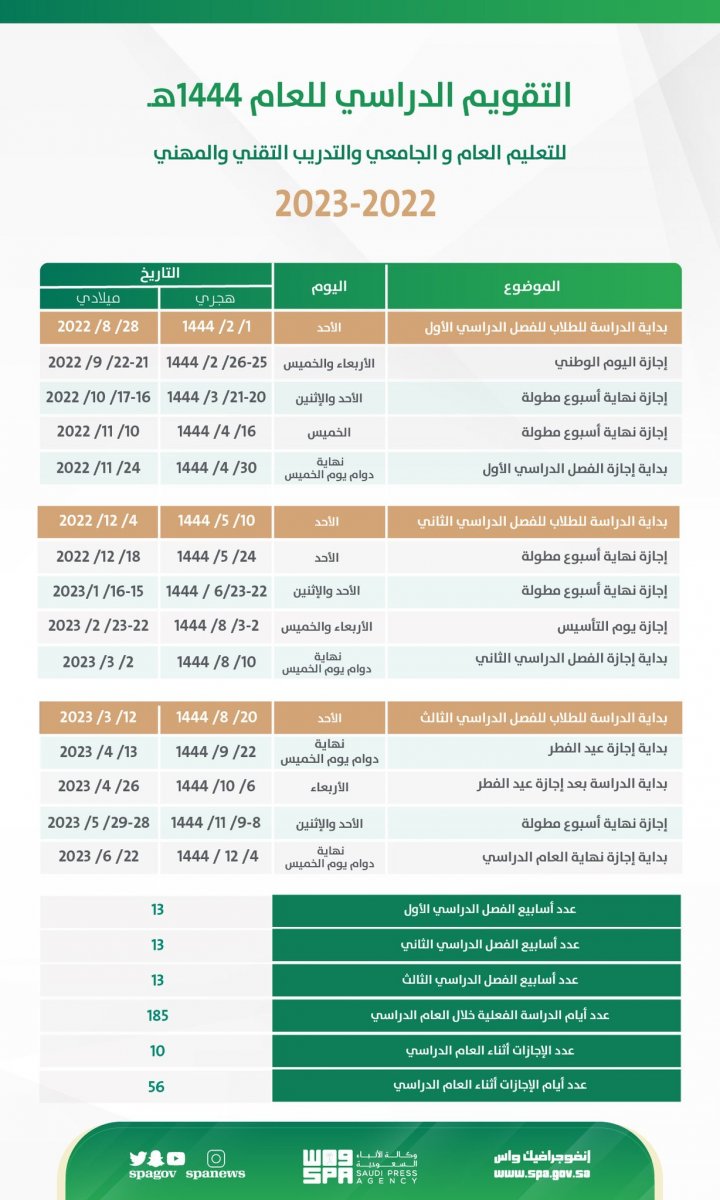 Read also: Official holidays and rents in Saudi Arabia and the Arab countries for the year 2022