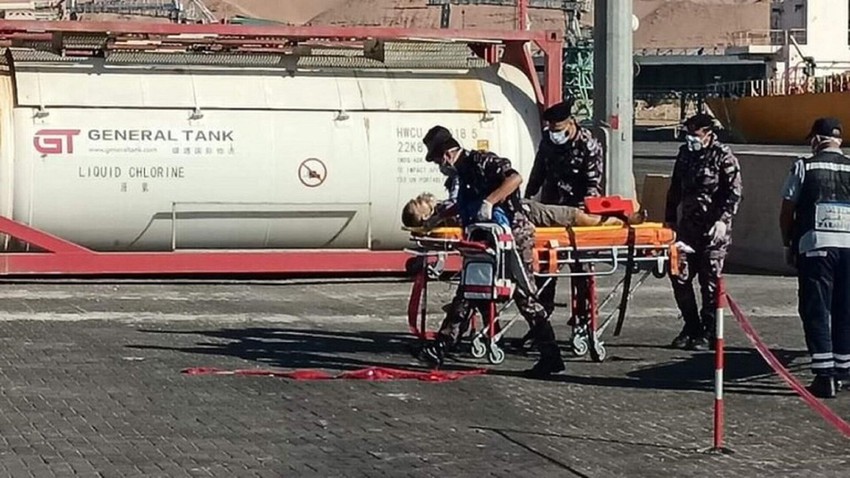 Weather of Arabia - The Minister of State for Information Affairs, the official spokesman for the government, Faisal Al-Shboul, said that the deaths from the explosion of a tank containing chlorine gas in the port of Aqaba yesterday rose to 13 deaths .

Al-Shboul confirmed to "Roya", that a person of a foreign nationality died this morning, while 130 injured people are still receiving treatment in hospitals, and their general condition is between medium and light, and a large number of them are expected to leave in the coming hours.

The National Center for Security and Crisis Management had announced that at exactly 5:15 pm on Monday, chlorine gas leaked in the port of Aqaba as a result of the fall and explosion of a tank containing this substance, and the accident caused the death of 12 people and injured 260, including Jordanians and foreigners, and 123 people are receiving treatment in hospitals .

Read also: Revealing the details of what happened the moment the gas tank fell in the port of Aqaba and the danger of chlorine gas

Watch also: video | The moment the tank fell and toxic gas leaked in the port of Aqaba

The media spokesman for the Public Security Directorate said that during the daily work in the port of Aqaba today, Monday, a tanker filled with a toxic gaseous substance fell during its transportation, which led to a gas leakage at the site.

He added that the area was immediately isolated and specialists began to deal with the incident, while the Civil Defense transferred a number of injuries to the hospital, all of whom are under treatment.