Deaths and catastrophic landslides in floods in northeastern India 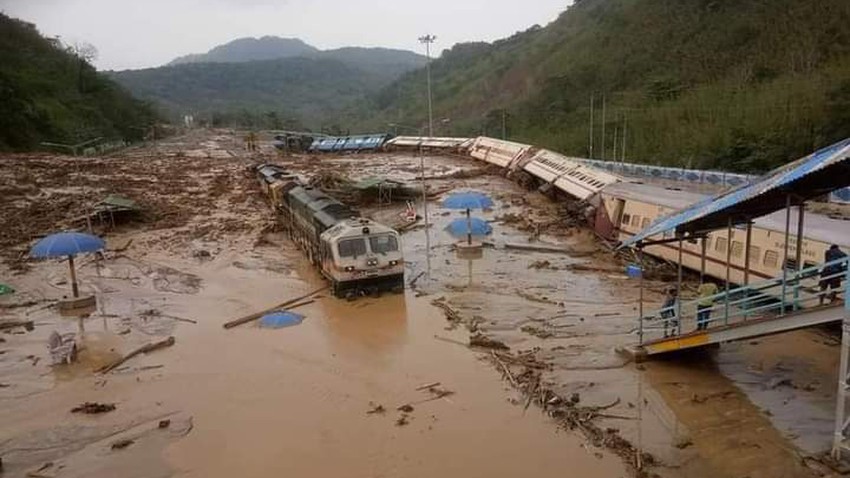 Arabia Weather - At least 11 people were killed in floods and mudslides, after heavy rains fell in northeastern India, officials said on Tuesday.

The prominent administrative official in the Dima Hassaw district in the state of Assam, Nasreen Ahmed, said that railway stations were suspended due to the floods, noting that about 200,000 people in the area became isolated from the rest of the state as a result of the closure of roads and bridges leading to it due to landslides. Or by drifting with water.

Four people died on Monday after heavy rains and mudslides in the border state of Arunachal Pradesh in the region, officials said.

Two others died when their house on a small hill collapsed in the state capital Itanagar, and two road construction workers were killed by mudslides at another site.

Reports indicated that seven more people were killed in the neighboring state of Assam. The state's disaster management agency said about 700 villages in the state were inundated.

The army deployed helicopters to assist in the rescue operations, while the Indian Meteorological Department expects heavy rains in the area over the next four days.

As #Assam struggles to cope with the flurry of flash floods & landslides, the death toll in the state has risen to 8 in the last 24 hours.

To make matters worse, the IMD has predicted that the Northeast will face heavy rains until May 18.

Floods occur annually in Assam during the monsoon season.

Landslides and floods are also common in the Himalayan region of northern India. But according to scientists, it has become more frequent as a result of the melting of glaciers there due to global warming.

Read also: Landslides .. What are they and why do they occur?

The floods of 2020 killed nearly 200 people and led to the collapse of homes in the state of Uttarakhand, which in 2013 saw thousands of people killed by floods.