Detailed forecast for Al Ahyaa on Oman and the UAE 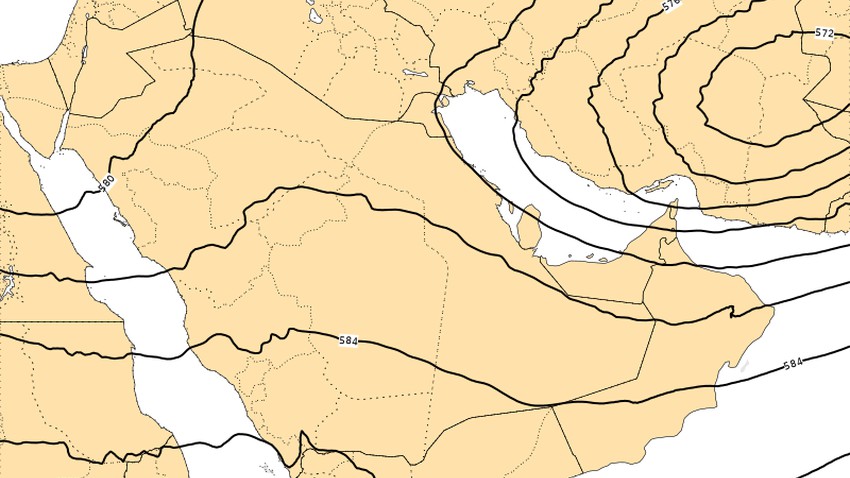 Numerical models indicate the deepening and formation of an upper air depression on the Iranian north accompanied by good cooling values that begin to decline on the waters of the Arabian Gulf and parts of Musandam and the north-west stone coming hours. On the north west stone, Musandam and waters north of the Oman Sea and the Arabian Gulf until night

Then, with the dawn of Sunday, another wave descends at dawn on Sunday, sparking a wave of marine formation on the waters of the Oman Sea and the Arabian Gulf. A wave of excellent thunder formation, God willing, on the western Hajar mountains, as well as a thunder belt on the UAE during the evening hours, expanding to the rest of the areas of northern Oman and the degree of cooling on Musandam 14- and Muscat 12.5 ° C, which is excellent by the availability of other catalysts

Then there are two scenarios. The first is when the wave of thunder formations descends on the coast of the Oman Sea. North winds from the surface layer up to the 850 mbar layer are blown to the forefront of which is a damp mass and reacts to the pre-existing thunder activity. On the coasts of Al Batinah, Muscat and perhaps the nearby mountain parts between the last Sunday night until Monday morning, and the second that the wave of thunder formations and settle the atmosphere after midnight and then the winds blowing north in the same way first but be purely stratified clouds of the foundation, and the first option is likely God knows

On Monday, the northern winds are deepening and the weather is almost stable in areas that experienced rain on Sunday and Monday morning.As a result of the upper groove with a good gradient, the surface depression is likely to interact on the eastern provinces and parts of the interior as well as the middle and the expectation of cumulative clouds during the evening with the chances of rain. Thunder and God knows best

Saturday: Cumulus of clouds may form over the north-west of Hajar and North Oman Sea with chances of rain

Sunday: The situation of instability expands with the chances of the emergence of marine formation during the dawn of Sunday and may extend to the coasts of Al Batinah later and then thunderstorms on the mountains during the evening and is likely to creep to the rest of the coasts of the Sea of Oman From Northeast gradually

Monday: morning and early morning rain on most of the coasts of the Sea of Oman and then deepen to some nearby mountains, and the chances of the emergence of thunderstorms on the eastern, central and parts of the interior during the evening and God knows best

What is a weather forecast?

Officially... the tropical storm in the Bay of Bengal was named `Gulab`... so what does it mean?