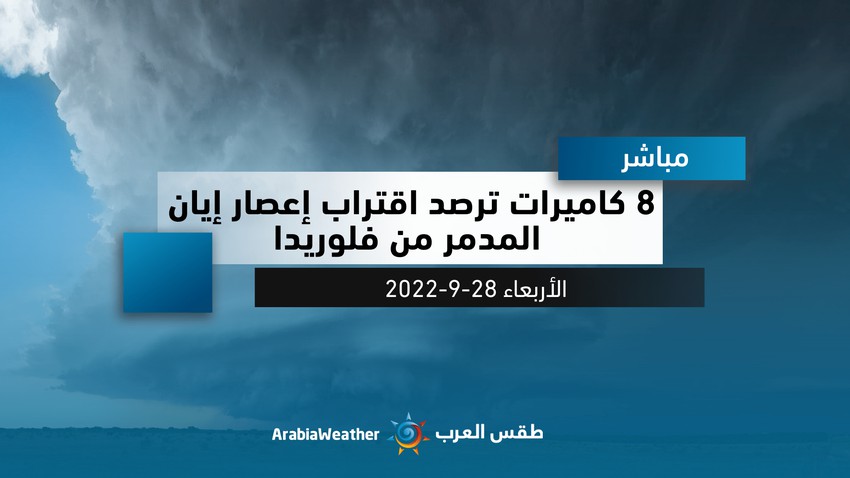 Weather of Arabia - Sinan Khalaf - 8 cameras installed on the coast of Florida show that they are actively affected by surface winds and turbulence in sea waves, as a result of the approach of Hurricane Ian, which continues to make its way through the waters of the western Gulf of Mexico towards the coast of Florida, America, which will be on a date with strong winds and rain very heavy,

Our latest satellite images at the Arab Regional Weather Center indicate that Hurricane Ian was concentrated over the waters of the western Gulf of Mexico near the US state of Florida, and it is now classified as a third-degree according to the Severpimson scale to measure the intensity of hurricanes, and the hurricane is accompanied by winds of up to 193 km / h.

It is expected during the hours of this evening that the hurricane will continue to move westward over the waters of the Gulf of Mexico and receive more energy through the waters of the Gulf, which reach 30 degrees Celsius, in addition to attracting more moisture that makes it susceptible to developing to the fourth degree before it begins to enter towards the state of Florida and includes coastal cities such as Cape Coral .

Sanibel and Naples bring with them strong winds and torrential rain that make Florida vulnerable to floods and landslides, as well as waves in coastal areas.