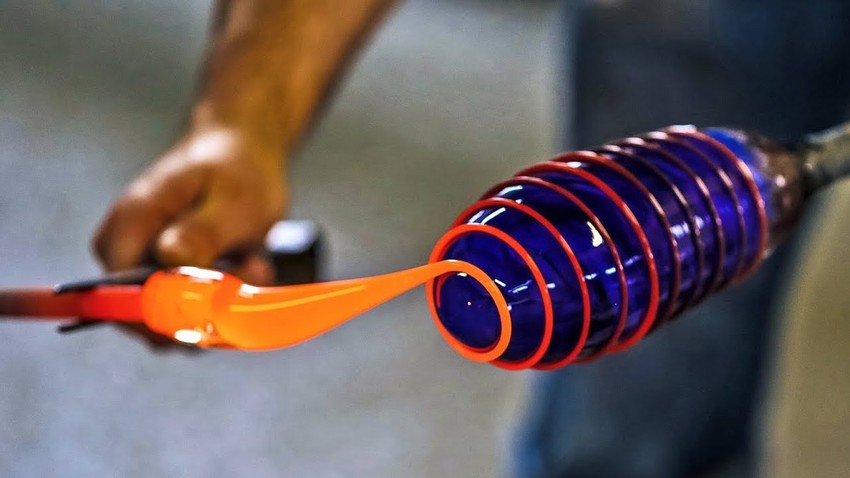 The Muslims inherited the glass industry from the Romans in the Levant and Egypt, and developed it by introducing new techniques, such as pressing hot glass with a ring on which designs and ornaments were engraved, or blowing it into molds and engraving, and the Muslims brought the decoration of glass to a high degree of perfection, and diversified into glass products, and by the third century Ten Levantine glass reached magnificence and fame around the world.

Samarra in Iraq was famous for its glass, and among the amazing discoveries was the glass of thousands of flowers or the mosaic glass, which differs from the previous types with its own colors and designs.

It was said that Abbas Ibn Firnas was the one who invented the technique of cutting crystal in Córdoba during the ninth century, because he knew the scientific properties of glass and contributed to the first experiments with lenses and the idea of enlarging the line.