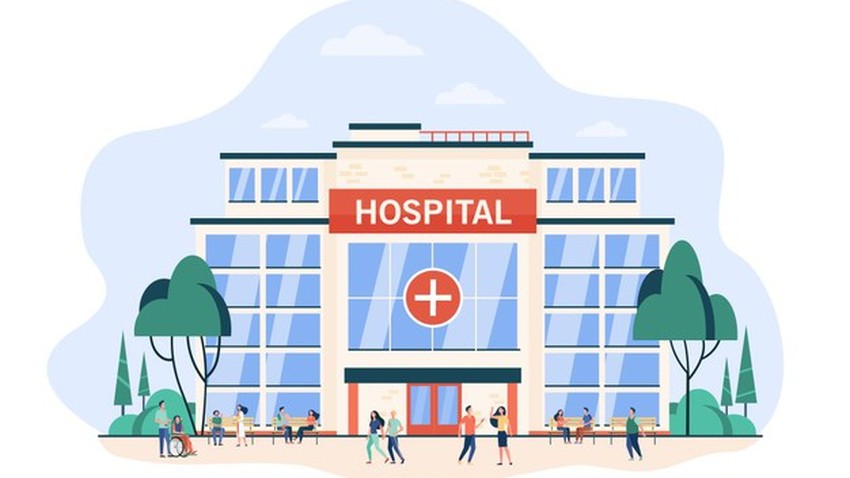 Arab weather - interest in medicine began in the Islamic civilization from the very beginnings of this great religion, and there are many hadiths and positions in which the Messenger of God - may God bless him and grant him peace - urged Muslims to take medication, in addition to the controls that our wise law encompassed. In the end, to make medicine a beneficial, ethical and human science, aiming at the benefit of mankind and the service of humanity.

The contributions of Arabs and Muslims in the field of medicine are countless, and perhaps one of the greatest of these contributions is the establishment of hospitals , as Muslims established the first hospital in the eighth century (707 AD) in Damascus, during the reign of the Umayyad Caliph Al-Walid bin Abdul-Malik, and he was a specialist in leprosy, and he used the stone system. Because leprosy is an infectious disease, the first public hospital documented by records was about a century later, in the year 805AD, when it was built in Baghdad by the Minister of the Abbasid Caliph Harun al-Rashid, until it became the most famous hospital in the ancient world.

After that, many hospitals were established in the Islamic world, until these hospitals were bastions of science and medicine. The health system in the Islamic community took care of all people, rich and poor, because Muslims were committed to a moral and humanitarian obligation to provide treatment to all, and hospitals were funded by charity and religious gifts (endowment), and from state coffers.

Hospitals were known in the past as " Bimaristan ", and some of them were fixed and mobile, and Bimaristan is a Persian word of origin from the word "Bimar" meaning sick or injured, and "Stan" which means home.

Islamic hospitals were advanced and almost unbelievable, and they contained huge libraries containing a huge number of specialized books, and farms of medicinal herbs and medicinal plants were grown next to the hospital to supply the hospital with enough medicine, and Islamic hospitals were distinguished by health measures to prevent infection, such as the patient hands over his clothes and given New clothes are free of charge, and each patient enters a department specialized in his illness and sleeps on a special bed. From these early model institutions, hospitals spread throughout the Islamic world.

Examples of the first Islamic hospitals

The existence of the first hospitals in Baghdad was documented since the ninth century AD, and when it became clear how useful these hospitals were to people, rulers became planning to build more bimaristans in order to reach a greater number of people who could benefit from them in different locations, and by the end of the tenth century AD. Five more hospitals have been built in Baghdad, and other cities, and here are some examples of these hospitals, some of which are still in existence today.

The Kairouan Hospital in Tunisia in the ninth century

The bimaristan al-Nuri in Damascus in the twelfth century