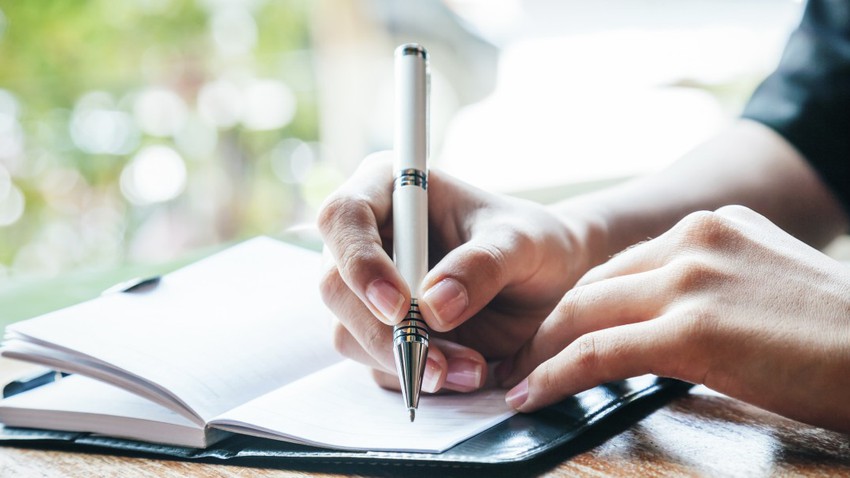 Arab Weather - The pen was of great importance to Muslims because it is a symbol of knowledge, so before the ink pen it was known as a writing instrument made of reeds, and the most quality types of reeds were brought from the shores of the Arabian Gulf, where it was a valuable commercial commodity, and each style of Arabic calligraphy required a different type of reed , And cut at a certain angle, and the inks were placed in a side box called the inkwell.

The historical and scientific precedence was in making the first fountain pen for the scientist Abbas Ibn Firnas Al-Takrni, who was born in 810 AD in Randa in Andalusia and studied in Cordoba and died there in 887 AD, and he was the first scientists who presented to the Arab civilization many impressive scientific discoveries and made many astronomical instruments for humanity The minute, in addition to his works in mathematics, music and literature, the ballpoint pen made by Ben Firnas was a cylinder connected to a small container through which ink flows through to the end of the cylinder connected to a pointed edge for writing.

During the era of the Fatimids, the Caliph Al-Muizz Li Din Allah the Fatimid thought of making a pen to write so that the ink flow was inside it. Until the maker came up with it, and after making some adjustments, if it is a pen that turns in the hand, and tends to each side, no ink comes out of it, so if the writer takes it and writes with it, he writes his best book, then if he raises it from the book, the ink stops, and the pen is of gold. Pure, due to the voluntary properties of gold and the ease of its formation, and this is how the ballpoint pen was made based on the desire of the goats for the Fatimid religion of God, and that the ballpoint pen was not known before the Fatimid era, and that the Muslim princes were keenly keen on spreading knowledge and inventing its tools that help scholars and students of knowledge in the speedy acquisition of science And the thought spread throughout the world, and the use of ballpoint pens spread all over the world after people took it from Muslims, and people kept making improvements to it until it reached where we are now.